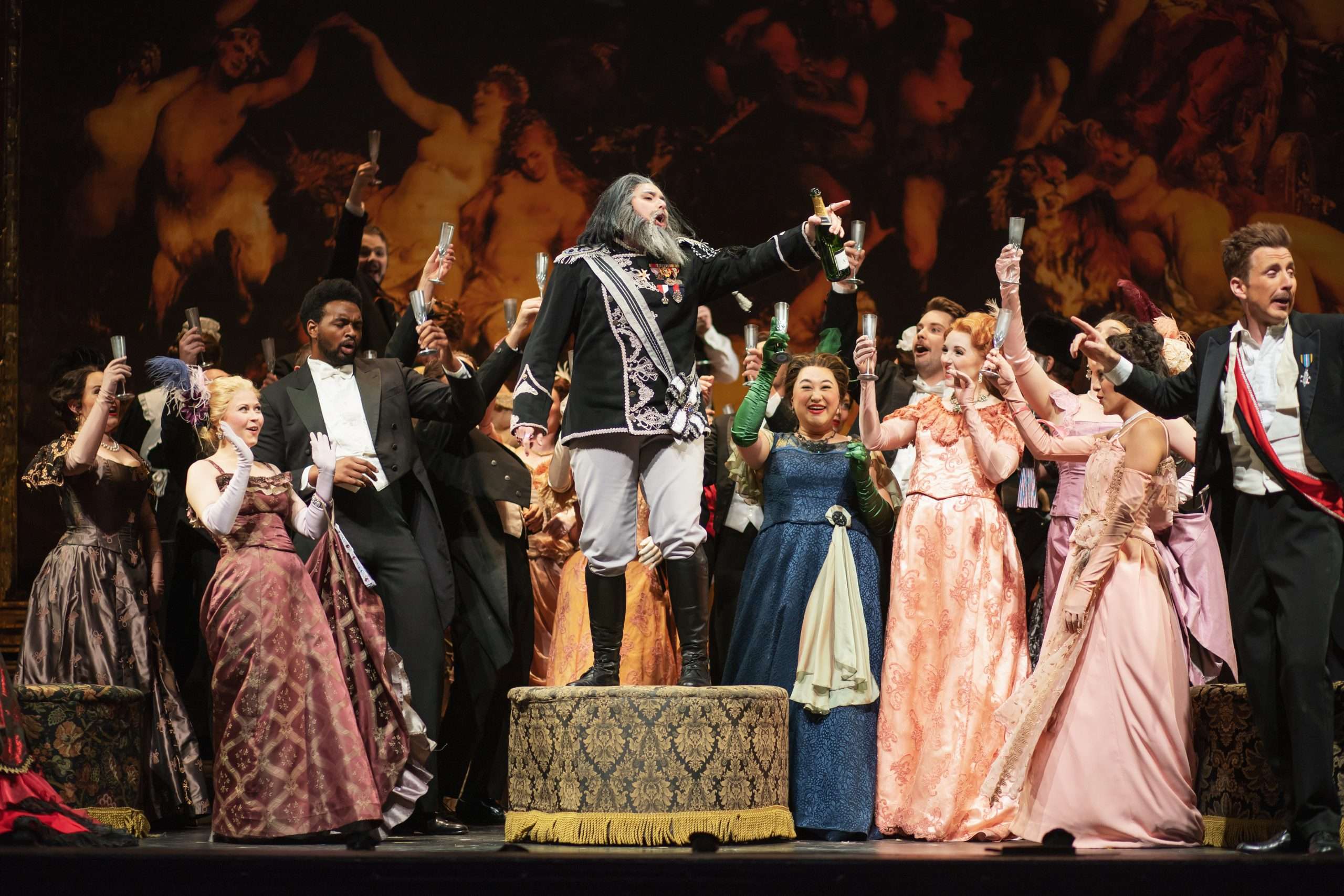 Somehow over the past 30 years seeing and writing about theatre in Colorado, I’d never made it up to the Central City Opera. True, I’m not a big opera guy, but you really don’t have to be to enjoy the dip back into history that comes along with the high-quality productions CCO puts on. I’m glad to say I corrected this omission and look forward to returning for future seasons, as many of the patrons do.

While it has updated seating and lighting, it’s not too hard to imagine what it was like 90 years ago when the Central City Opera first opened and this was the main entertainment to come through town. After having some drinks at the even older and more historic Teller House next door, it’s clear that going to a show at the Opera also comes with a bit of a history lesson and an immersion into the past.

CCO has two shows running right now as part of its 90th anniversary summer festival: The Light in the Piazza — a modern musical set in 1950s Italy, and Die Fledermaus. The latter is a popular operetta composed by Johann Strauss, Jr. that’s a great entrée for opera neophytes looking for something that’s not too heavy. In fact, this 1874 show has more in common with a French farce or one of Shakespeare’s comedies than it does a Viennese opera, with a wacky plot that has so many twists and turns in it that you’ll be forgiven if you don’t follow it 100 percent. Even with the dialogue in English and the German lyrics translated on a display above the stage, it’s an effort to keep up.

Central City Opera has the resources to put on pretty lavish productions, and this is in full evidence with Die Fledermaus — also known as The Revenge of the Bat. The costumes alone are extraordinary, and the professional cast and crack orchestra are enough to let one forget we’re just down the road from people swilling Long Island ice teas whilst losing their shirts at the casinos. 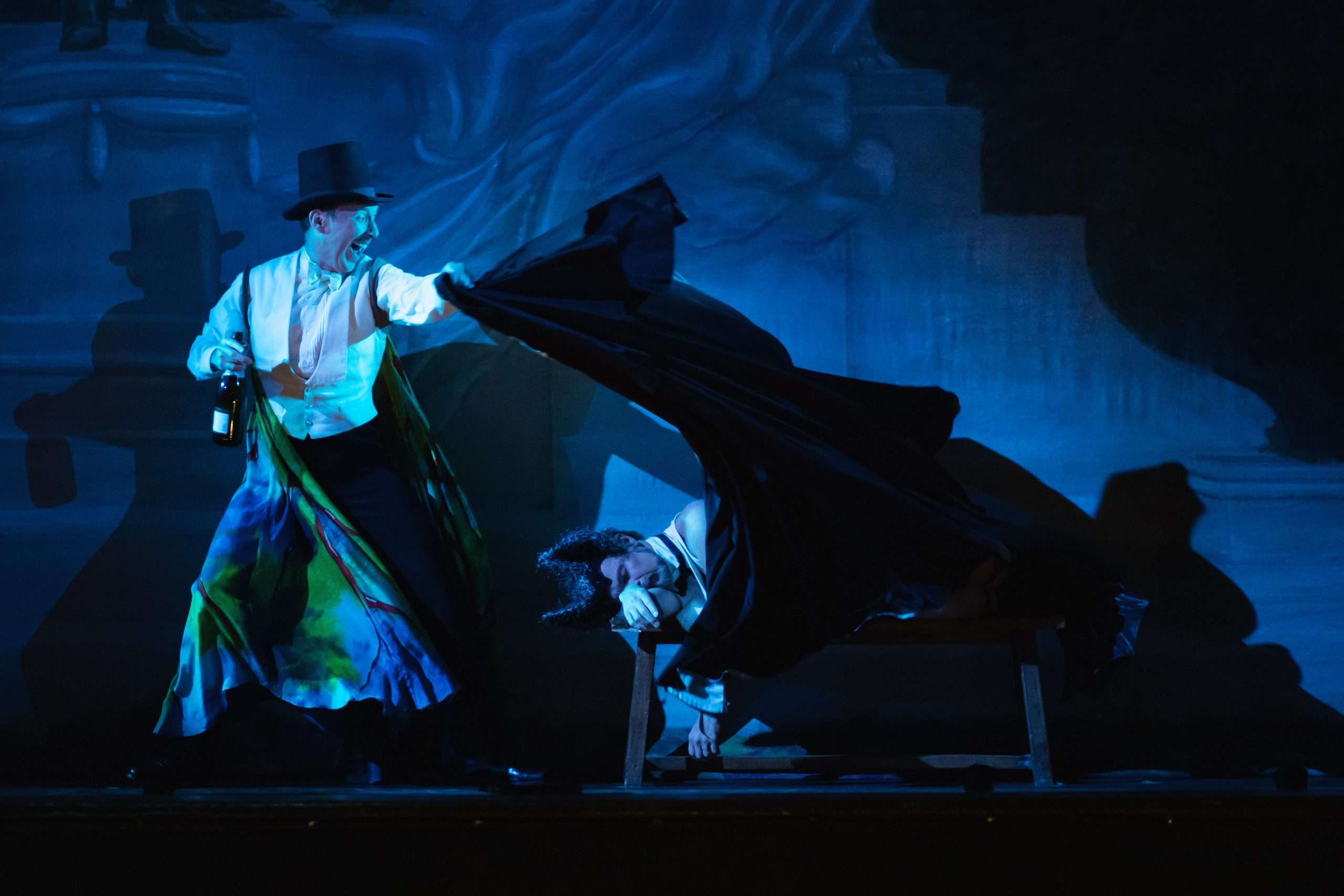 This three-act operetta opens with a pair of drunk guys on the street coming home from a costume ball. One of them, Dr. Falke (Troy Cook), passes out on a bench and his friend Eisenstein (William Ferguson) thinks it’d be funny to strip off most of his clothes and leave him there wearing a bat mask. (Fledermaus is “bat” in German.) Waking up in the morning to a crowd of people passing by laughing at him, Falke finds himself with the unwelcome nickname of “Dr. Fledermaus.” And, of course, he begins plotting his revenge.

Director Joachim Schamberger has a nice synopsis in the program, but in broad strokes the plot involves a grand scheme cooked up by Falke to lure Eisenenstein to a party being held by Prince Orlofsky (played by Kira Dills-DeSurra in an inspired bit of casting and creative wiggery). Despite his best efforts to control the situation, other twists enter the plot. Eisenstein’s wife, Rosalinde (Hailey Clark) is being pursued by her former lover Alfred (Matthew Plenk), and Eisenstein himself is scheduled to spend eight days in jail for insulting a cop. Meanwhile, Rosalinde’s maid Adele (Alisa Jordheim, a beautiful soprano) is also scheming to get out of work to attend Orlofsky’s party, egged on by her sister Ida (Francesca Mehrotra). 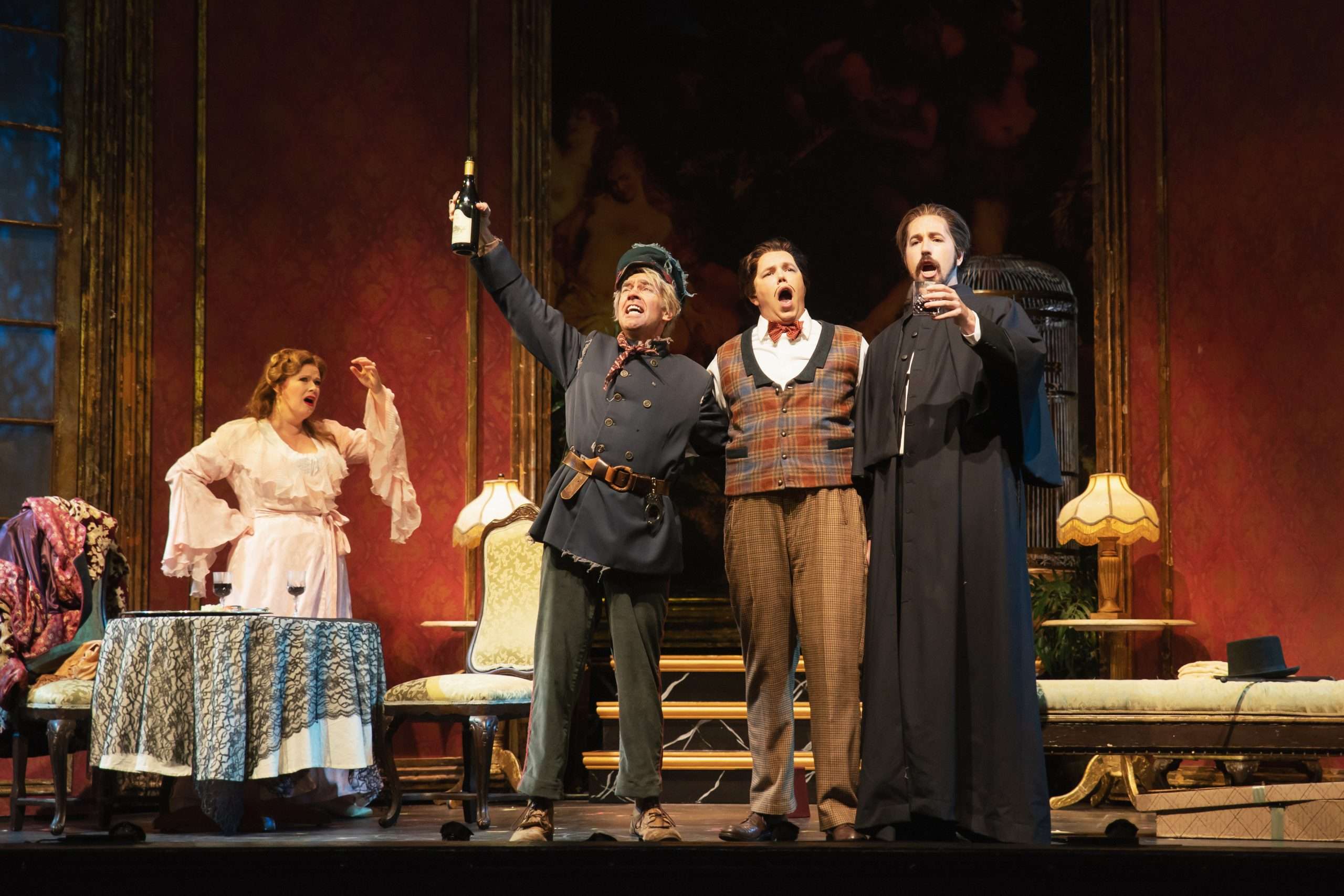 Got all that? That’s just the tip of the iceberg. The action moves very quickly in Die Fledermaus, culminating in the third act set in the jail, where literally every character has shown up to tie off all of the plot string attached to them.

Schamberger, who says he’s directed this show more than a few times, is firmly in control of all of this, and I was blown away by how well this cast managed all that powerful singing and constant movement while hitting their marks time and again. John Baril, celebrating his 30th season as conductor of the orchestra, is working on the same level, as is choreographer Melinda Sullivan and costume designer Susan Memmott Allred. It’s a fantastic production and a great introduction to opera beginners and veterans alike.

Central City is only a little more than an hour from the Denver area, and this one is well worth the trip up the hill. 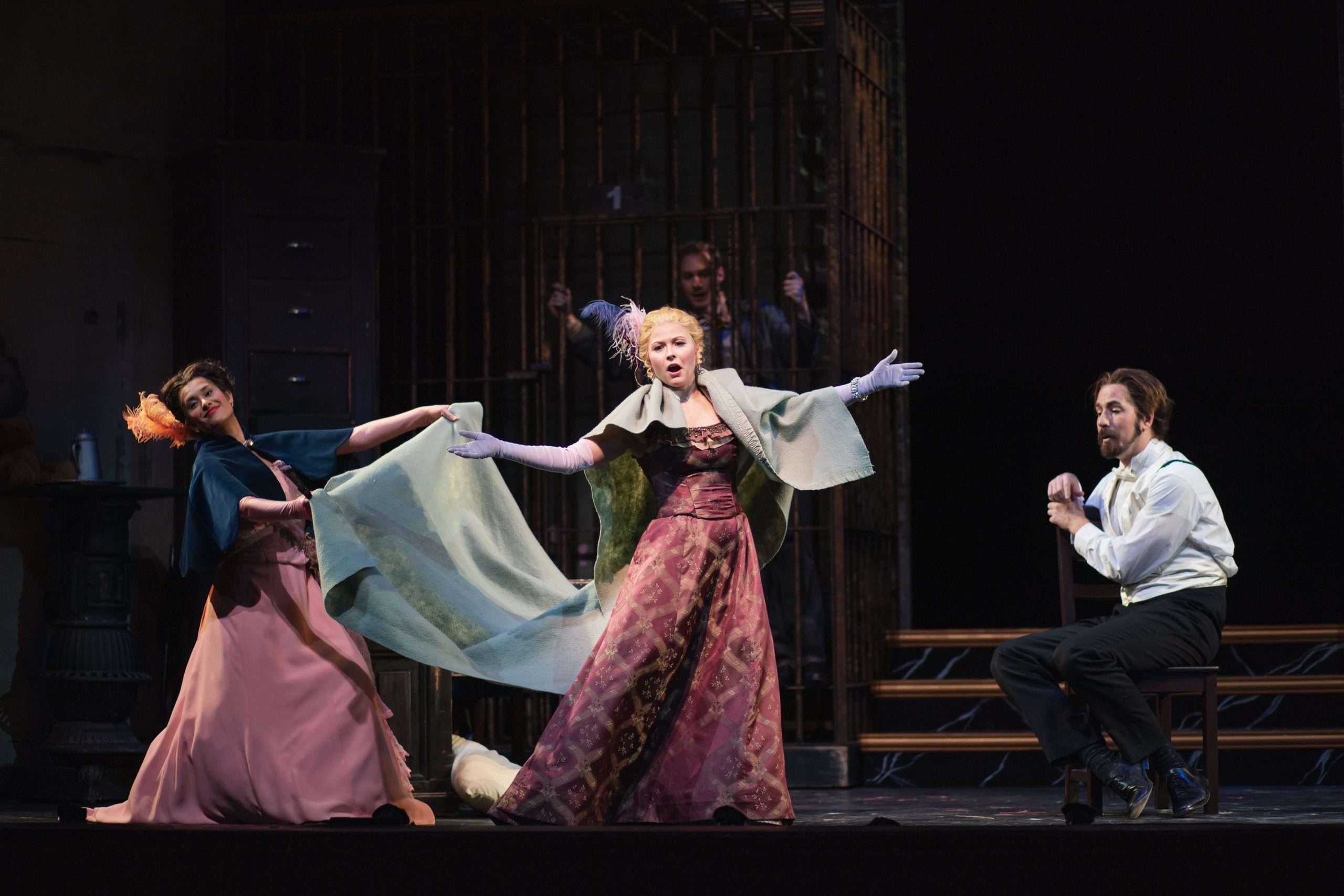