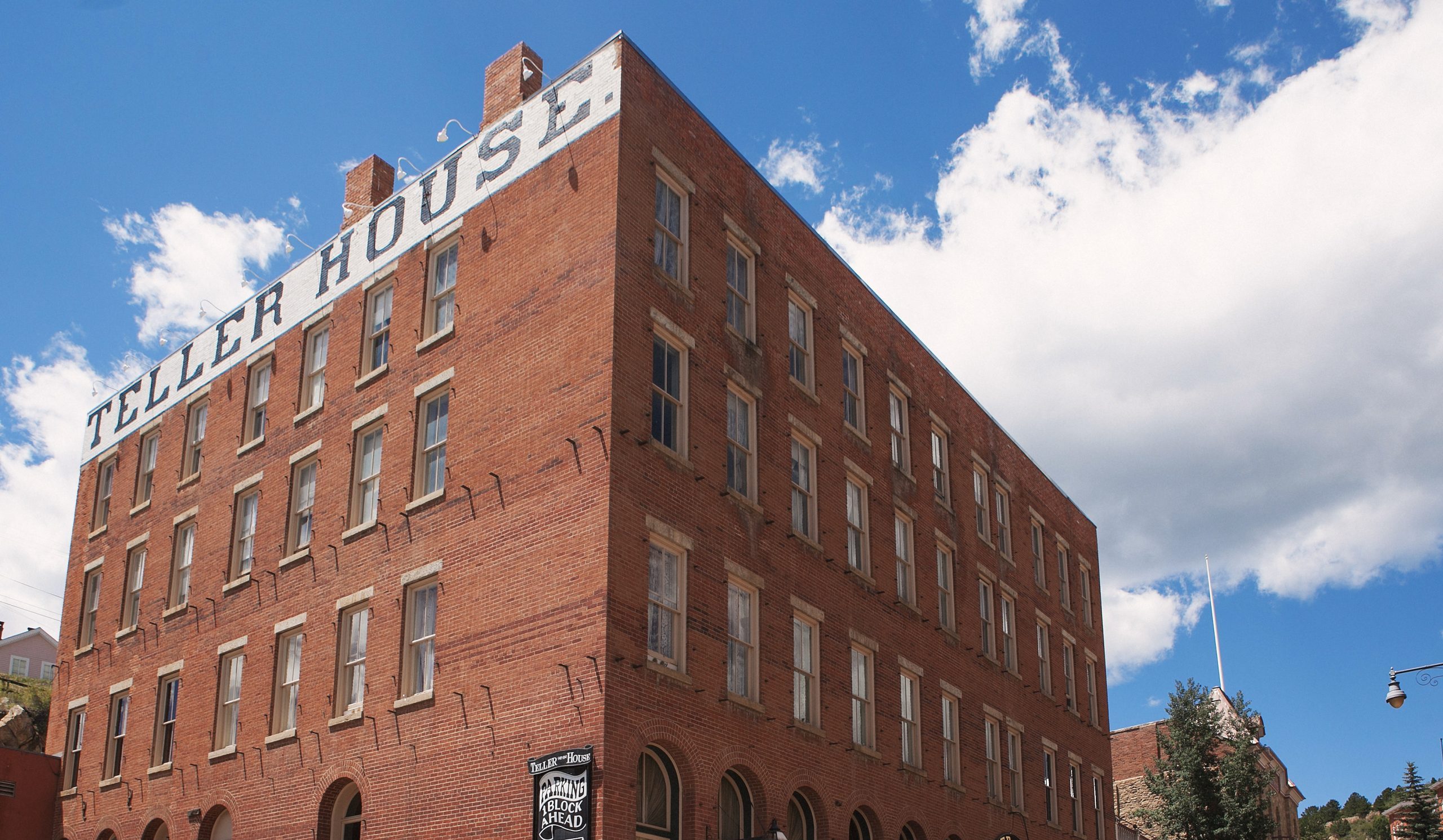 By Eric Chinn and Erin Osoverts

Constructing a grand hotel was part of a thoughtful strategy to show investors that Central Ctiy was a legitimate and permanent mining town worth investing in.

Once billed as “the finest hotel west of the Mississippi,” the Teller House in Central City has stood through the passage of time to forge a unique place in Colorado history. Currently owned by the Central City Opera House Endowment Fund, the four-story, Romanesque Revival-style building was built in 1872 by prominent Central City businessman, lawyer and banker Henry M. Teller. He was one of Colorado’s first senators, and the first Coloradoan appointed to a Cabinet post as Secretary of the Interior.

Before the Teller House, lodging was only available in shared boarding houses. Constructing a grand hotel was part of a thoughtful strategy to show investors that Central City was a legitimate, permanent mining town worth investing in. During that time, some mining towns throughout the country were becoming notorious for tricking investors into poor property deals in their regions.

The estimated cost to build the hotel was $100,000—over $3 million in today’s currency. Teller spared no expense in building and decorating his hotel, including constructing it out of brick in the mostly wooden town. At that time, the Teller House was the largest hotel in Colorado outside of Denver with 150 rooms, a laundry room and a number of local businesses and shops, including the Colorado Telephone Company, now known as CenturyLink. A single 10×10 foot room cost $3.00 per night. 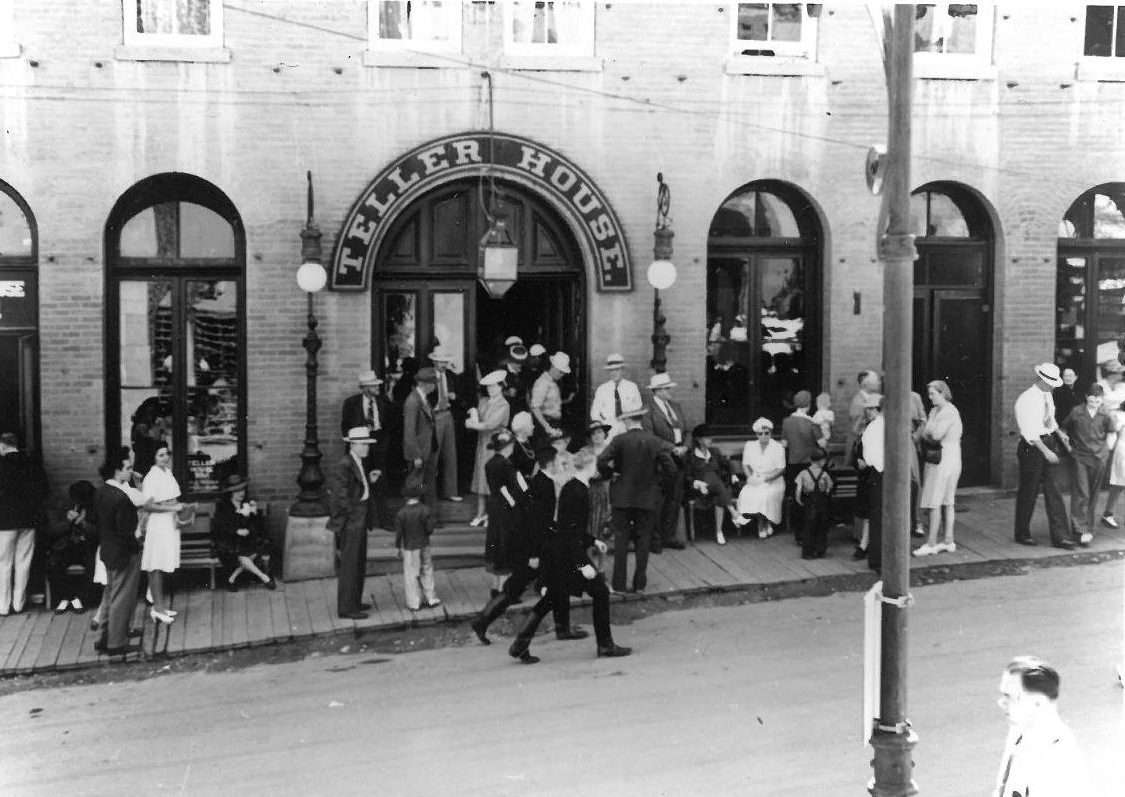 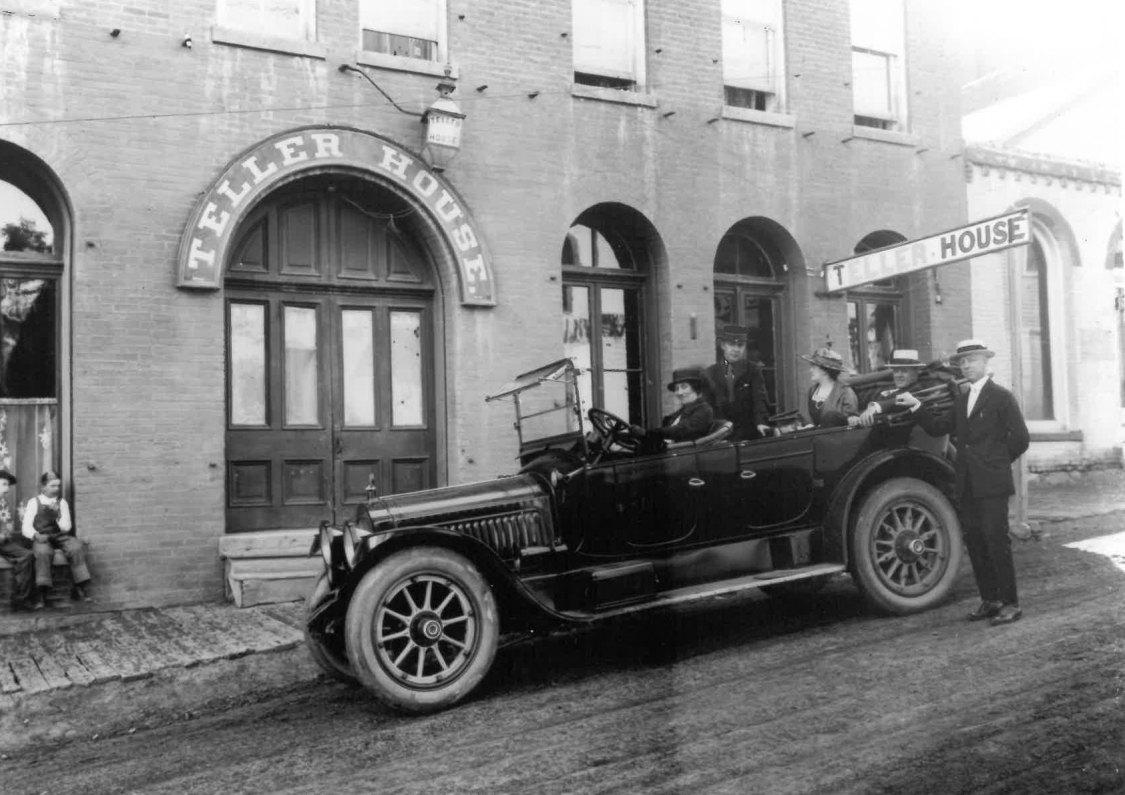 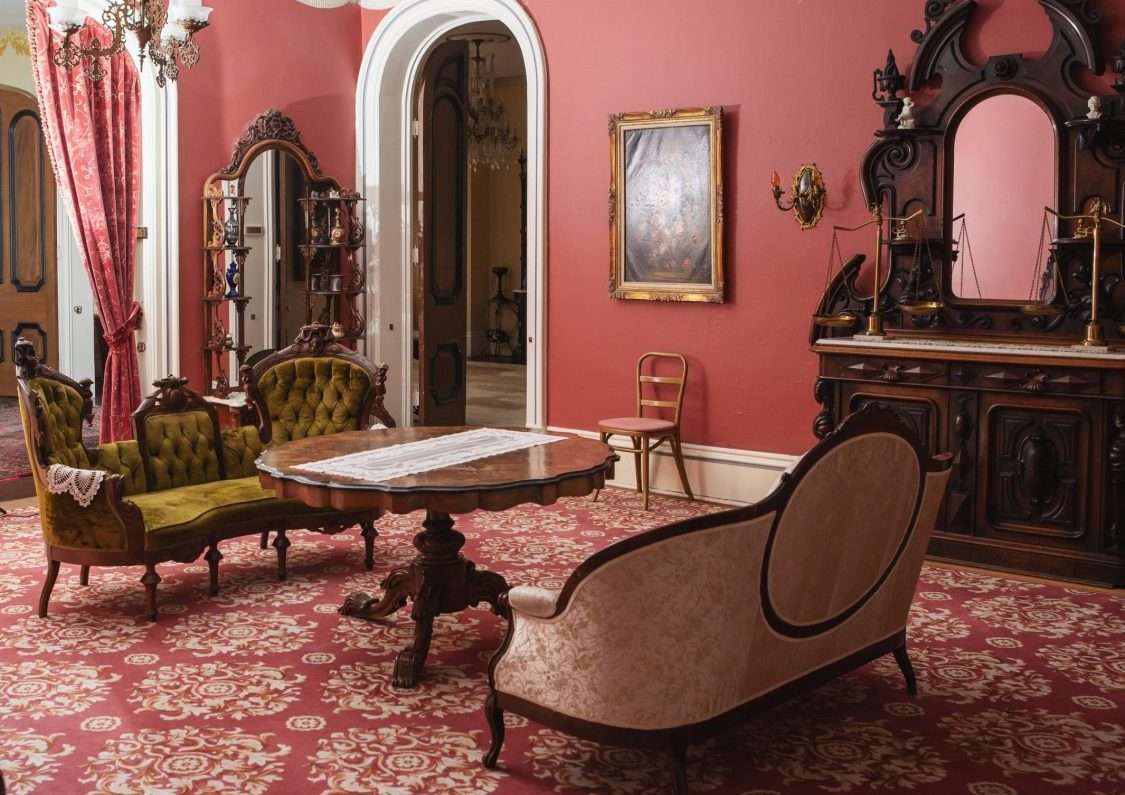 In 1873, President Ulysses S. Grant visited Central City and hotel staff laid $20,000 worth of silver bars from the Caribou Mine on the front sidewalk of the Teller House for the President to walk on. But Grant did not want to appear to be favoring or dismissing the silver by walking on it, so he used a different entrance.

When the local gold rush ended, Central City began a downward trend and the grand hotel fell into disrepair. The property was passed to Henry Teller’s two sons and daughter who sold the building to the Central City Opera House Association in 1933. It remained in use as a hotel until 1969. After gambling was legalized in 1991, the Teller House was leased to a Swiss company that paid for renovations to accommodate an upscale restaurant and a casino on the first floor. The Swiss company opted out of their lease in 2004 and the title for the Teller House was taken back by Central City Opera.

Today, the Teller House plays a pivotal role in the summer opera festival as the location for the company’s box office and gift shop, as well as opera recitals, receptions, events and of course, the famous Face Bar. On the National Register of Historic Places, it serves as a living museum of Victorian artifacts and furniture once belonging to Baby Doe Tabor and Governor John Evans.

Over the years, roughly $17 million has been spent on remodeling. Thanks to a grant from the Colorado State Historical Fund, work will begin following the Festival to rehabilitate a significant section of the roof, replace the deck above the Assay Office and improve the drainage and landscaping in the garden between the Teller House and the Opera House. 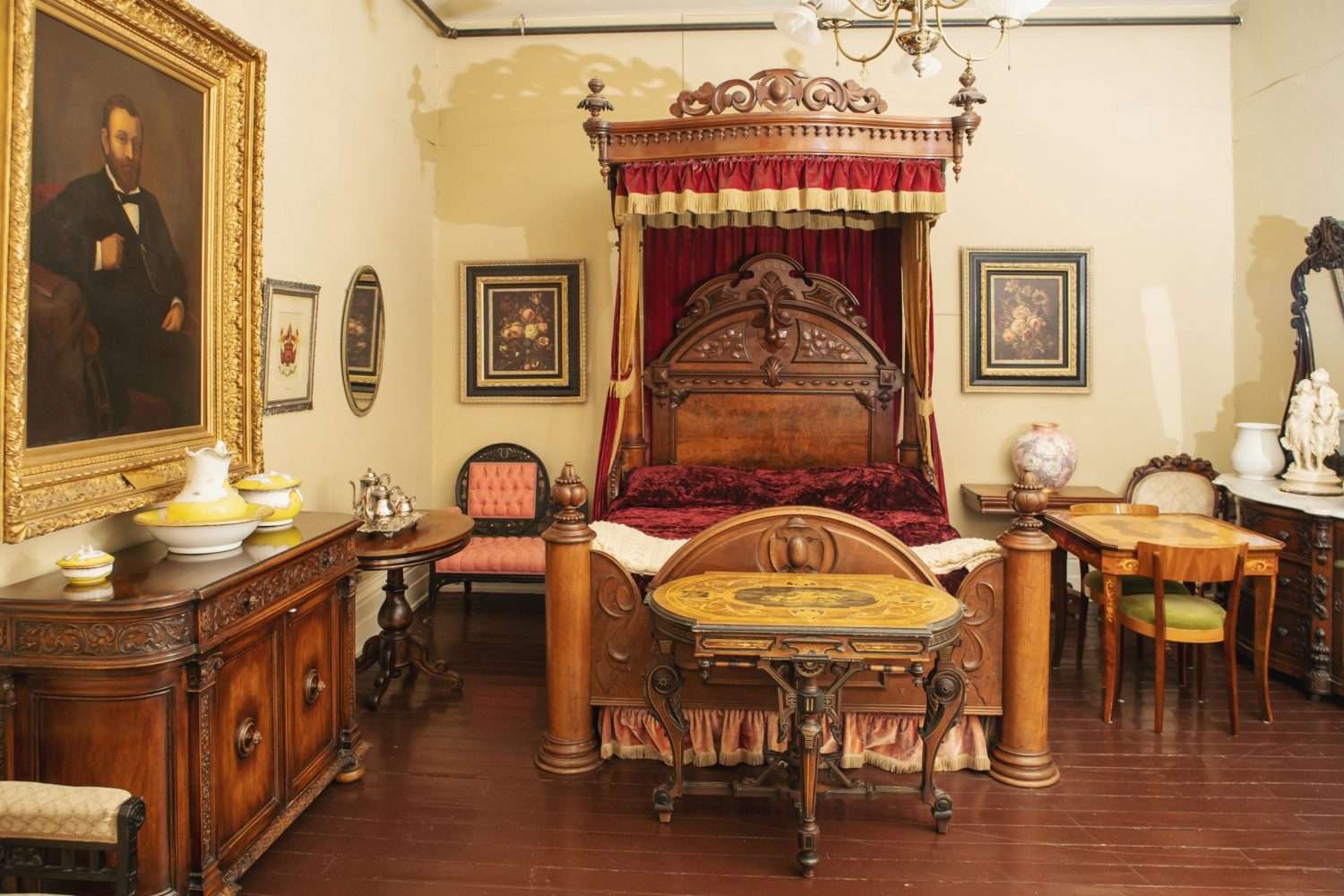 Founded in 1932, Central City Opera is the fifth oldest professional opera company in the country and is renowned for its exquisite world-class productions, competitive and robust young artist training program and creative educational and community engagement activities. Its summer festival, only 35 miles west of Denver, takes place at 8,500 feet above sea level in the Colorado mountain town of Central City, where the company owns and maintains 27 Victorian-era properties, including the intimate 550-seat jewel box opera house built in 1878. Learn more at centralcityopera.org. For tickets and festival information, call (303) 292-6700 or email boxoffice@centralcityopera.org.