Education Coordinator Margaret “Meg” Ozaki Graves is a soprano, artistic collaborator and educator in the arts community both state and nationwide. With Central City Opera, Margaret has a long history performing as a Touring Artist, and she served as Cultural Consultant on the 2019 production of Madama Butterfly directed by Alison Moritz. She joined the Central City Opera staff as Education Coordinator fall of 2019. Raised in Golden, Meg has been an avid taiko drummer and Japanese chamber musician, even prior to her professional vocal endeavors. Read on to get to know Meg, and learn about her work with Central City Opera and beyond! 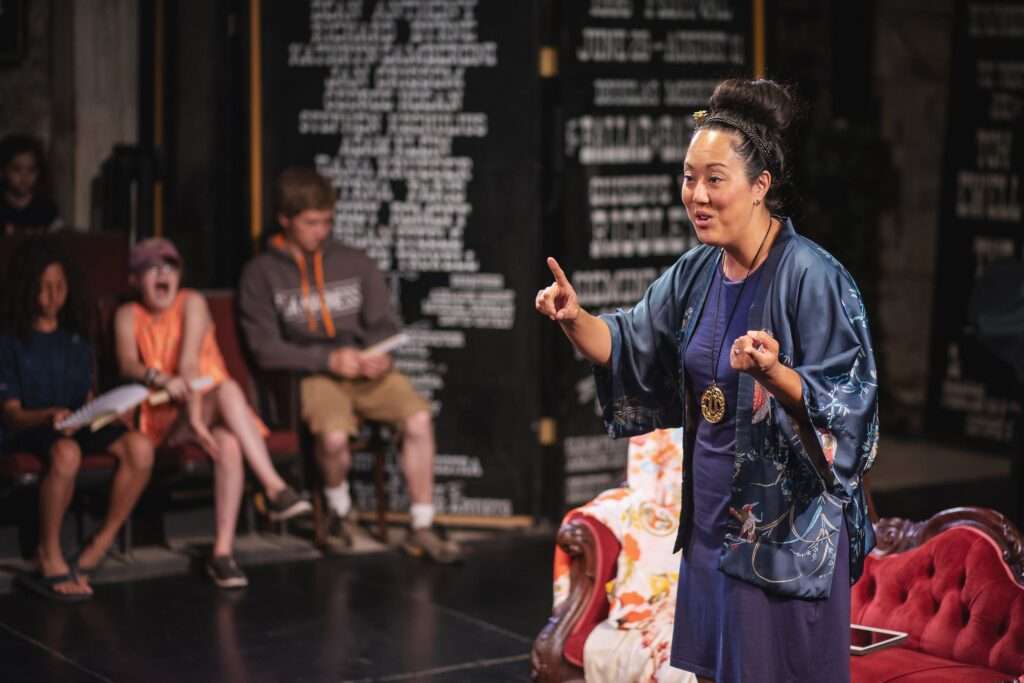 What do you do as Education Coordinator with Central City Opera (CCO)?

As Education Coordinator, I get to do a variety of tasks, from helping students create and produce their own stories through song in Central City Opera’s Music! Words! Opera! workshop and residencies to singing for communities across Colorado, to keeping records on audience outreach. I am lucky enough to be able to combine many of my skills—including teaching and singing—and have the opportunity to be a life-long student as I develop new ones. Recently, the entire CCO staff has been collaborating to create programming for live and new virtual formats, and I’ve been learning a lot about live production management, videography and sound in the process.

How did you make your way into the field of opera? Why does the art form appeal to you?

I was always obsessed with singing. It was one of my favorite ways to communicate. As a kid I would often sing rather than having a conversation! I grew up with the privilege of seeing many touring musicals that came through Denver Center for the Performing Arts, and I wanted to get on that stage and sing.

When I started studying voice, my teacher steered me towards classical art song and, later, opera. She gave me a mix tape of Dawn Upshaw and told me to start going to the opera. I fell in love with it! I love music of all types (I also grew up studying and performing Japanese taiko drums and the stringed instruments, koto and shamisen). I love opera because whether the scope of storytelling is epic or intimate in nature, there is a depth of expression that the sung story and musical language provide, adding layers of meaning to the text and plot in interesting ways.

“Opera was also one of the first places I saw someone who looked like me performing in lead roles.”

As a musical theater fan, shows like Flower Drum Song and Miss Saigon held my interest because they took place in San Francisco’s Chinatown and Saigon (respectively) and prominently featured Asian casts. But it was when I saw Hei-Kyung Hong as Zerlina in a Metropolitan Opera broadcast of Don Giovanni that I started seeing where I most wanted to be. 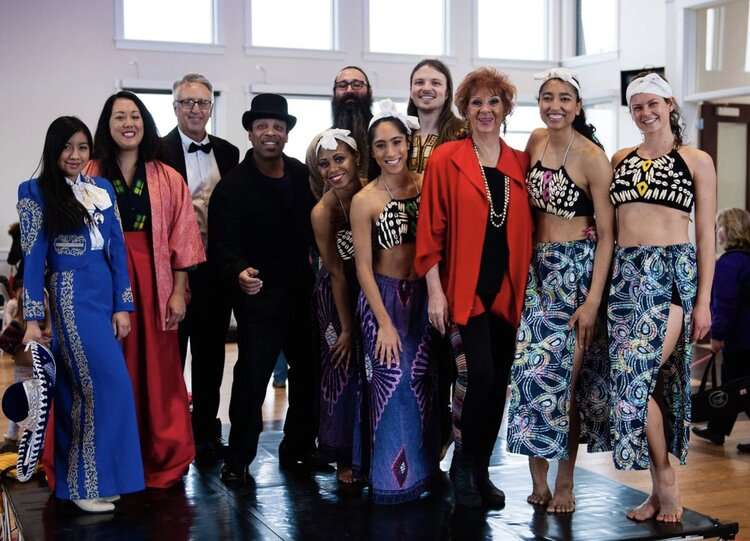 Meg performing with Inside the Orchestra in collaboration with CCO.

What does Central City Opera mean to you?

For me, Central City Opera means opera performance at the highest artistic level. I always feel spoiled as an audience member at this opera house because I get to experience the best quality artistry in such an intimate way. It is one of my favorite opera companies—I know that now I’m biased as a staff member, but that was true long before I worked with the company as a Touring Artist or Education Coordinator. I get to see the work of some of my favorite singers and directors up close and personal.

Central City Opera also produces pieces that I haven’t seen anywhere else, like Lee Hoiby’s operatic setting of the Tennessee Williams play Summer and Smoke and the 2019 Colorado premiere of Billy Budd. The company also puts pieces on in ways that couldn’t be done anywhere else, like Ken Cazan’s production of Britten’s The Prodigal Son in Central City’s historic St. James United Methodist Church.

Tell us a little about your world outside CCO

Outside of CCO, I have been working as a freelance singer for ten years. Right now, I am assessing what that means, but before COVID-19 I enjoyed performing on the road in opera and musical theater for a number of years. I’ve maintained an active schedule and have been blessed with a great variety of performance work in the Denver Metro Area.

Experiences as a performer have made me want to become more active in the arts community around me. I want to make opera, art song and live performance accessible to more artists and audience members. To that end, I have taken on roles with Japanese Arts Network, Denver Immersive Opera and Art Song Colorado, and I volunteer with The Allied Arts and IDEA Stages Initiative—a grassroots movement by Colorado theater artists, producers and community members. 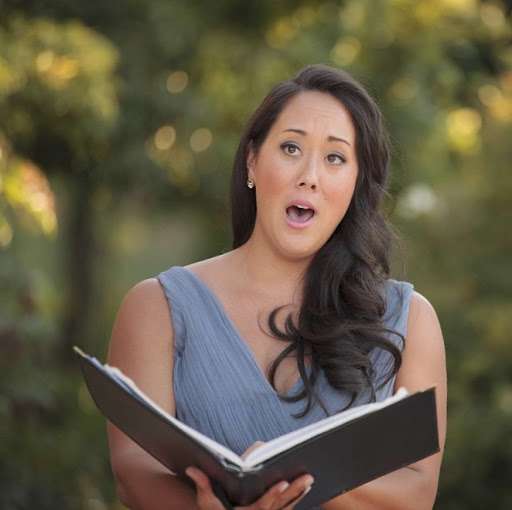 Meg has been a freelance singer for 10+ years.

You’re active as an opera singer, educator, cultural consultant and more, how do you describe your career/professional mission statement?

I strongly believe that my work as a performer informs my work as a teacher and arts administrator. I am eager to bring opera education to ALL students, and I want to work to make the operatic art form welcoming, relevant and more accessible to everyone.

The most exciting thing about current times is that the necessity for virtual learning and performance have multiplied points of access to the operatic art form. Anyone who has digital access has the ability to see some of the best filmed versions of operas for free (or by donation) right now. I have former students who are coaching and studying with internationally-renowned artists via Zoom. Singers who have been sidelined in this pandemic are releasing inventive and compelling work of their own volition and working to raise up the voices of their colleagues—check out OSSIA Op Culture for more on this.

Right now, I am experimenting with this new format of virtual concerts and am performing and curating a concert for Loveland Opera Theatre called Ai: [Love] that will premiere on August 29. I am Cultural Consultant for Japanese Arts Network (JA-NE), a Denver-based, national organization that works to promote Japanese and Japanese American (JaJA) identifying artists who create with cultural intention. With JA-NE’s help, I’ve engaged Japanese and Japanese American artists and musicians to participate in the process and am incorporating the work of POC in a majority of the production of Ai: [Love].

The time of pandemic has created an opportunity for JA-NE to maintain community through a variety of virtual programming, including: facilitating small-group discussions on the Japanese American Incarceration for the Virtual Pilgrimage to Manzanar, hosting weekly “Nikkei Block Parties” for Japanese American Memorial Pilgrimages, creating a virtual Obon celebration for the local/Tri-State Denver Buddhist Temple and JaJA communities (Obon festivals celebrate deceased ancestors); and creating wellness programming and workshops centering around the Japanese concept of Kintsugi (broken pieces fused with gold) for McNichols Center that will be accessible for the month of September. During the pandemic, we have also collaborated to create Hakken, which is a guide for Japanese take-out. After all, food IS culture! 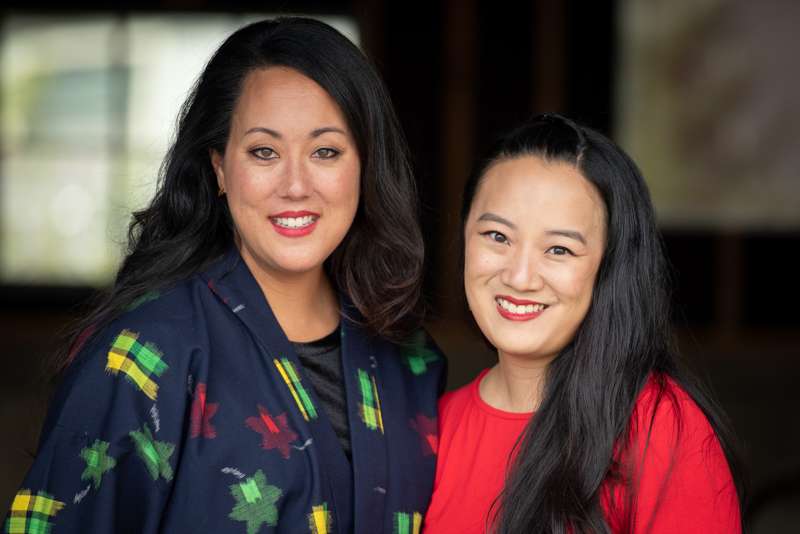 I’ve also been asking myself how anti-racism can inform my daily life and work. I am confronting this both as a multi-ethnic woman and as an artist and producer. My work is becoming, both more personal and—I hope—more inclusive at the same time. I serve as Singer Advocate and IDEA Representative for Denver Immersive Opera, and my work with them at this time is entirely focused upon allyship—participating in a Denver Public School student-led march for Black Lives Matter and taking time to listen to the stories of young BIPOC and LGBTQ singers’ lived-experiences in the performing arts and the greater world. I am also working to engage in anti-oppression artistic work at Art Song Colorado, where I am a concert curator. At this stage, that means supporting the vision of colleagues who embrace diversity in all its forms, promoting repertoire that is more inclusive, infusing the “standard” repertoire with new perspectives and amplifying the work and voices of BIPOC artists.

“I hope to invite conversation and commentary upon existing problematic works, rather than canceling or avoiding them…”

In my work as a cultural consultant, I seek to give a platform to those who have been voiceless in our historical works. I hope to invite conversation and commentary upon existing problematic works, rather than canceling or avoiding them, and to maintain what is beautiful in the classical arts while making a safe-space for those who have traditionally been othered by it. I’ve been so humbled to be included as an artist contributor with the IDEA Stages, a grassroots movement of like-minded members of the local theater community galvanizing actionable progress towards inclusion, diversity, equity and access. One of IDEA Stages’ Pillars is to amplify marginalized voices. Their first artistic project in this area is Outspoken: A Listening Project, a theater-work by and about local young voices of the Black Lives Matters movement. It will debut in mid-August so keep an eye out for that! 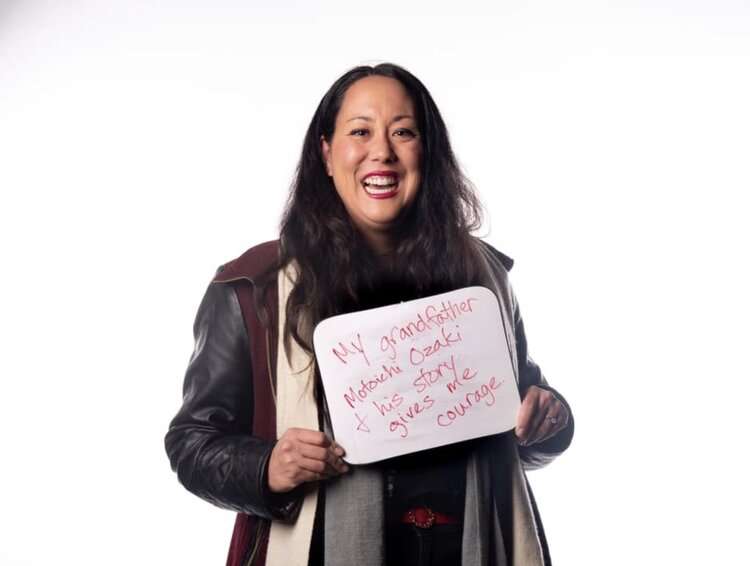 Where can people learn more about your current and upcoming projects in the Denver arts community?

Check out the wealth and variety of JaJA-identifying artists including musicians like Kishi Bashi and Takenobu—See my opera/koto mash-up performance in Week 4!

Oral Historian and friend of Japanese Arts Network Robert Horsting’s annual commemoration of the victims and survivors of the Japanese atomic bombings has gone virtual this year. Robert most recently collaborated with JA-NE on programming for History Colorado’s Portraits of Courage exhibit that featured the photos and stories of Japanese American (Nisei) WWII Veterans.

Kintsugi: The Art of Healing; Finding Beauty in Repair | Starting September 1, more through the fall

Keep your eyes peeled for a JA-NE curated online gallery and series of interactive art projects and workshops on wellness from a Japanese perspective. I will be offering a workshop called Matcha and Mindfulness, which applies singers’ breath and bodywork in combination with the Culture of Tea for restorative benefit. 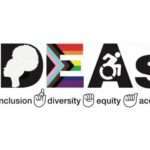 This project captures the voices of young people of the BLM movement.

Musical storytelling and timeless style. An art song project focusing upon the work of marginalized voices and Colorado’s historic place in the Suffrage Movement is coming up.

The women-owned company re-imagines opera by creating site-specific productions for contemporary audiences and singers. Currently, DIO is promoting actionable measures by encouraging the public to donate to The Colorado Freedom Fund, an organization that covers bond and bail for those unable to afford the cost of their own freedom.

More staff Q&A blogs to come—Stay tuned to get acquainted with more of the people that make up Central City Opera! 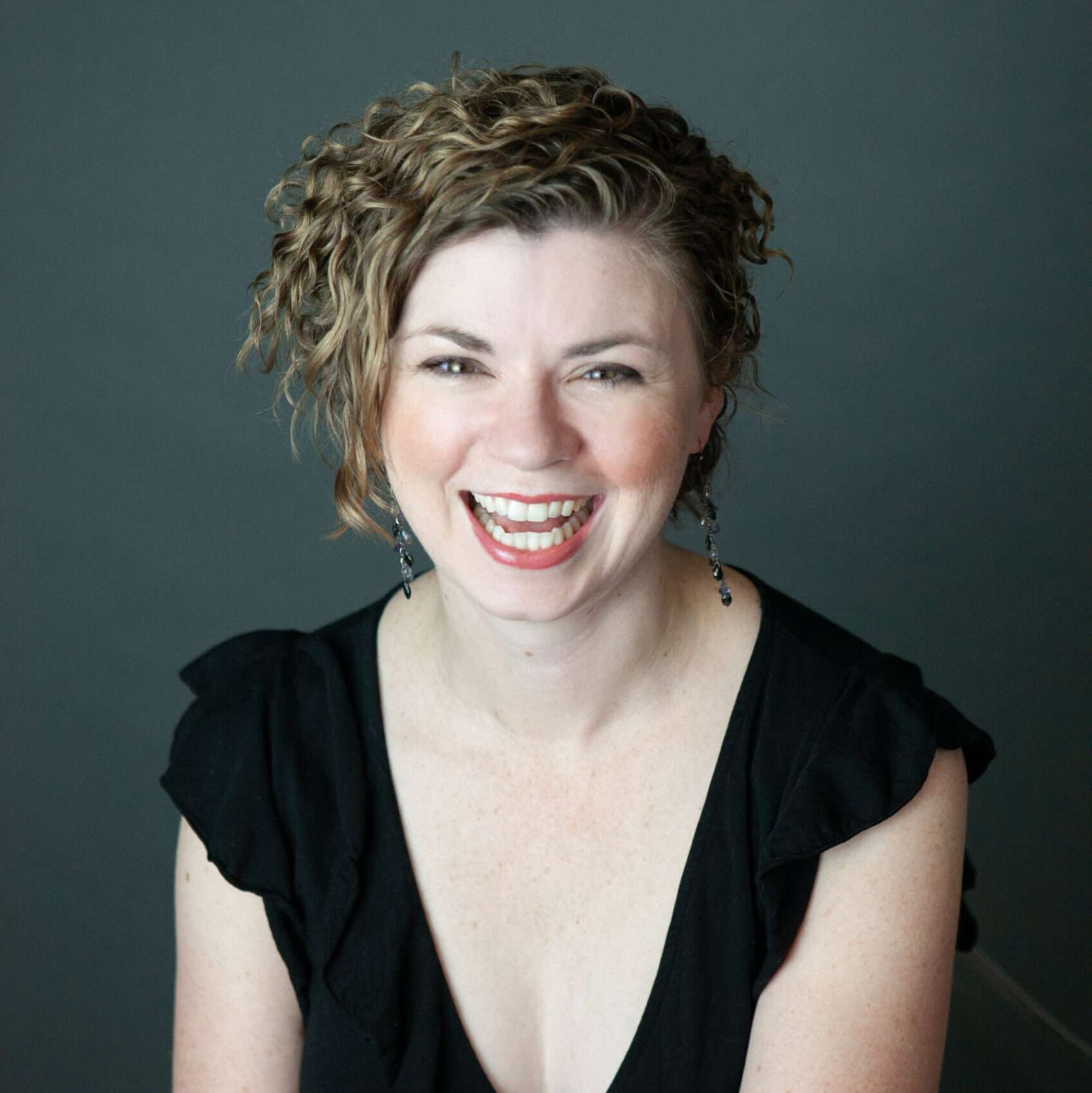 Adapting to this New Normal Right There with You