Review: The Light in the Piazza (Marlowe’s Musings) 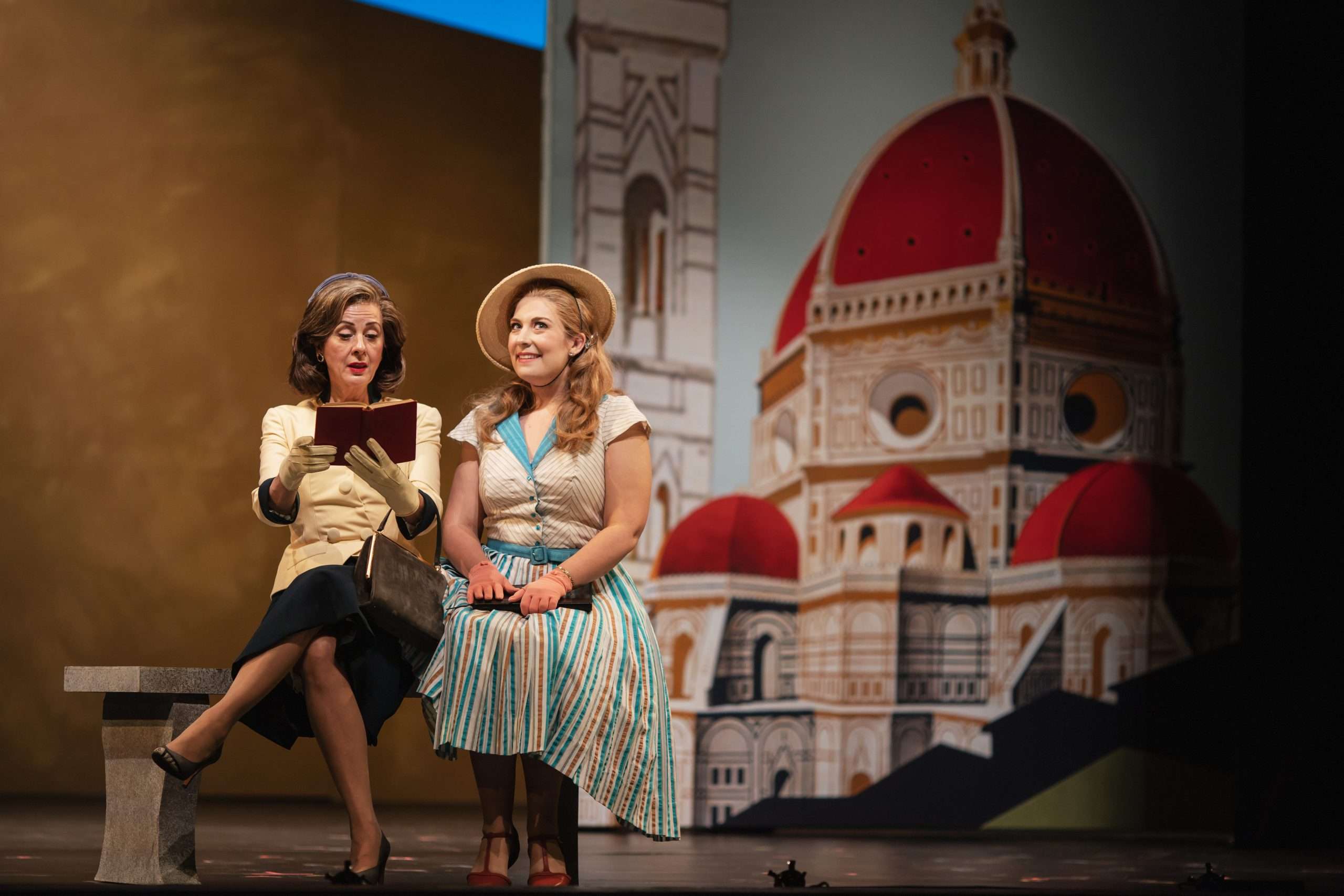 Under the baton of conductor Adam Turner, the exquisite delicacy of Mr. Goettel’s score is delivered with consummate artistry. The scrumptious Central City Opera orchestra has never sounded better.

One must make special mention of the musicianship of harpist, Janet Harriman and guitarist, Patrick Sutton. The composer’s score for this show makes us aware that he is also a jazz artist.

Rebecca Caine, who originated the role of Cosette in “Les Miserables” in London’s West End, as well as having played “The Phantom of the Opera’s” Christine Daee in the West End and Toronto, plays Clara’s mother, Margaret Johnson.  Caine’s vocals are gorgeous and powerful. With her breaking of the fourth wall, and speaking directly to the audience, we become aware of her daughter Clara’s traumatic past. Margaret’s trip to Florence with Clara, brims with awarenesses about her daughter’s future … as well as her own.

Diana Newman, who plays Clara, played Papagena in a recent production of “Die Zauberflote” at the Met. Ms. Newman delivers celestial solos with a soaring soprano.

Clara’s love interest, Fabrizio Naccarelli, is sung by Ricardo Garcia. This actor’s robust vocals are soul-stirring. He was most recently seen as Romeo in “Romeo et Juliette” at Houston Grand Opera. 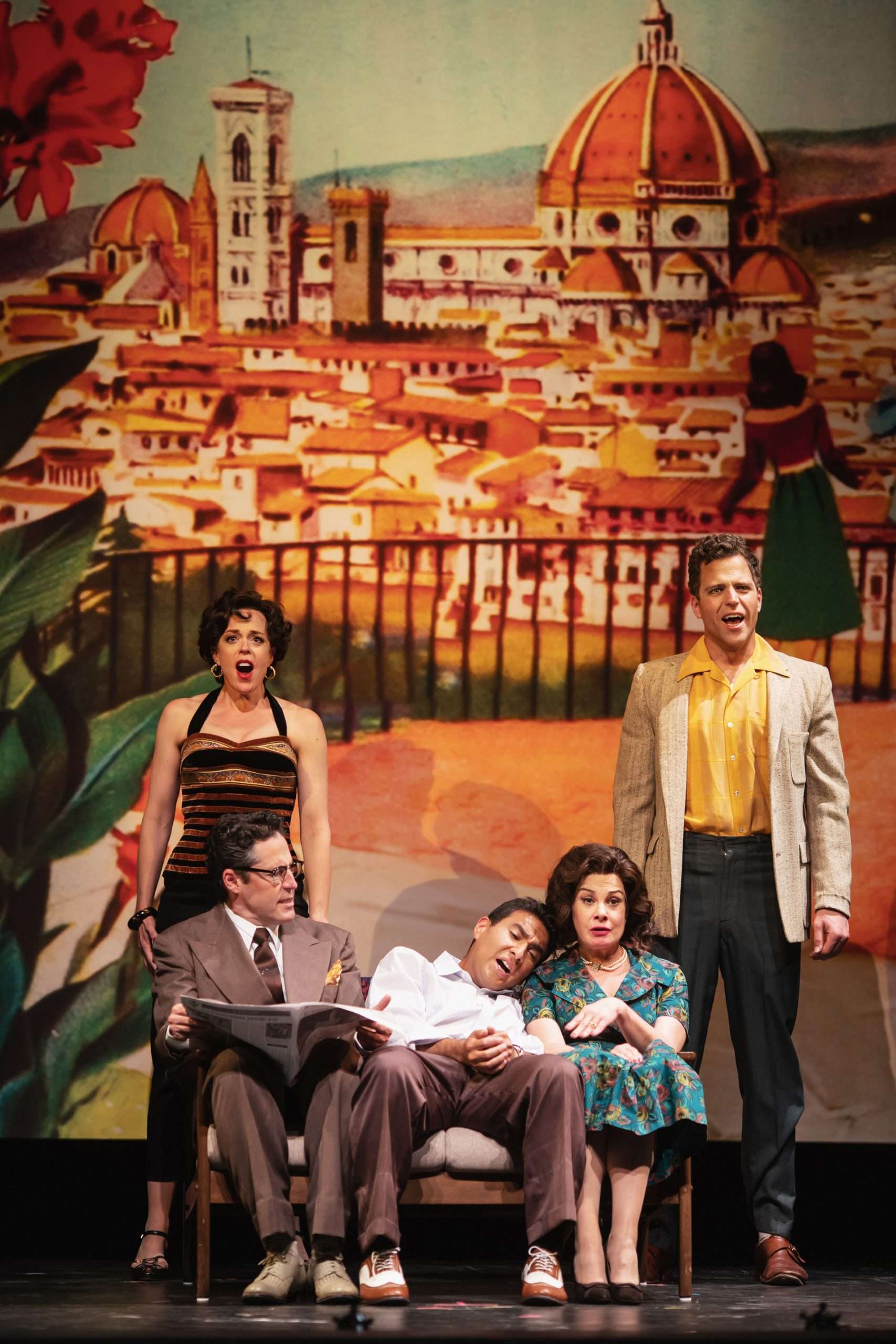 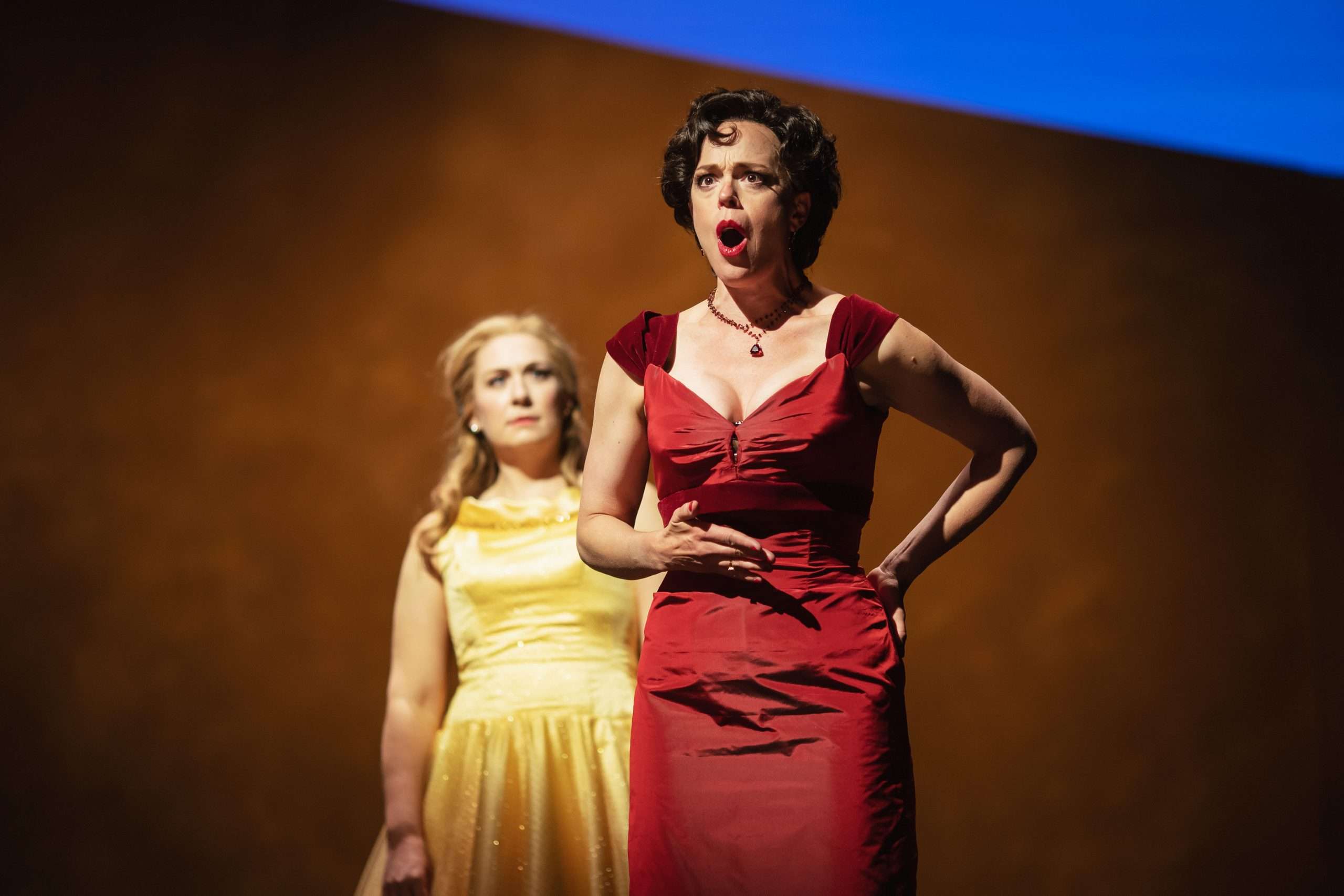 Jennifer DeDominici delivers a fiery performance as Franca, Fabrizio’s brother’s wife, that is, by turns, sultry, jealous and angry. DeDominici’s mezzo is powerful and ear-pleasing indeed!

Judeth Shay Comstock portrays Signora Naccarelli, Fabrizio’s mother. Breaking out of her native Italian to address the audience in English about the emotional mayhem in the house in a chaotic family gathering near the top of Act Two, this actor is hilarious.

For the last two decades Ken Cazan’s stage direction of Broadway musicals at Central City Opera - from Oklahoma to West Side Story - has been top drawer. His indelible work on Britten’s Billy Budd three seasons ago, surpassed all expectations. 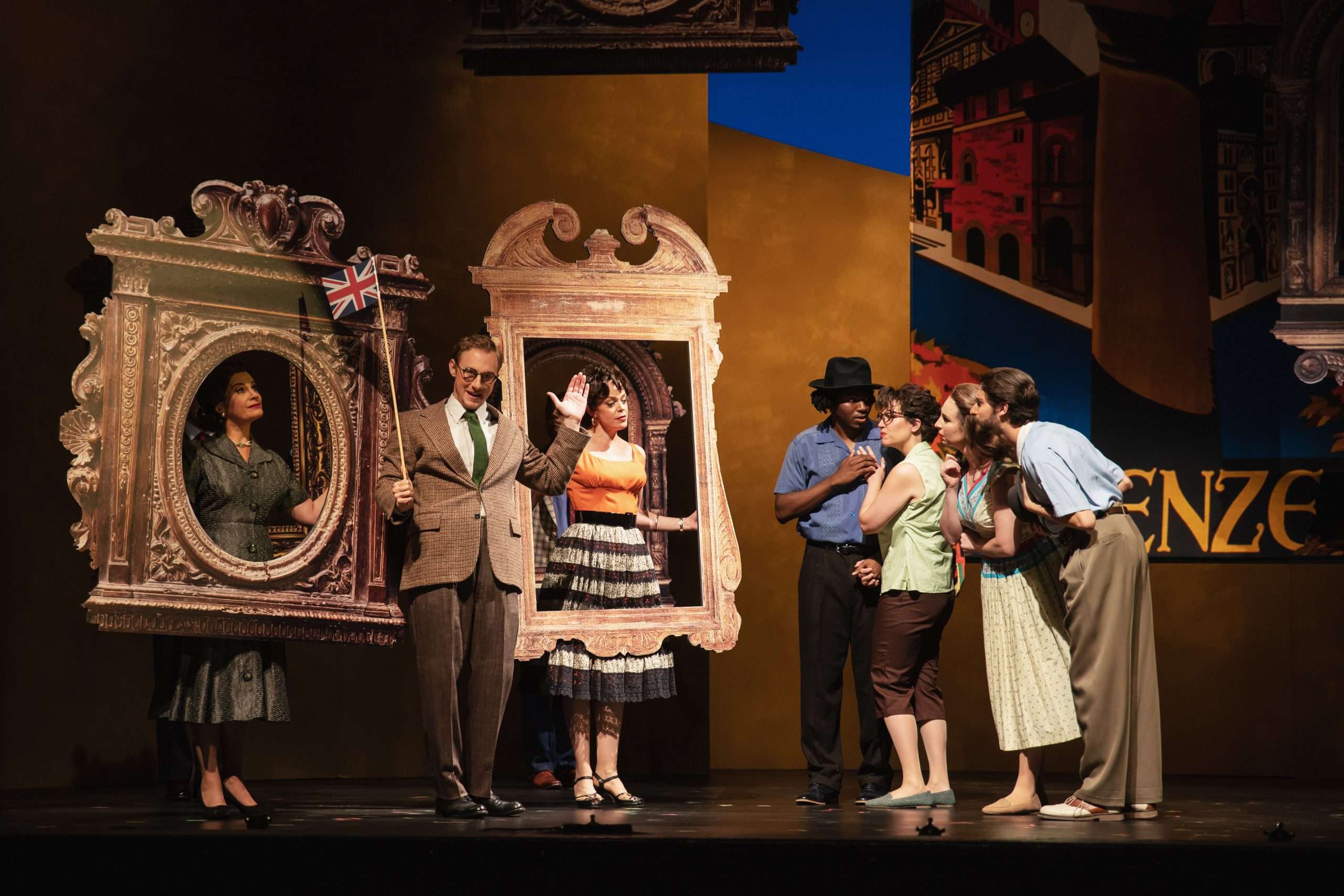 Arnulfo Maldonado creates a scenic design that features gigantic Italian post cards from the 1940s and 50s. Maldonado was nominated this year for a Tony for his work on “A Strange Loop.”

Renowned resident lighting designer, David Martin Jacques, once again creates magic with the lights.  At one pivotal point in the story, Mr. Jacques’ lighting creates the illusion of Clara’s psychological terror by employing a mesmerizing danse macabre of light and shadows.

Edina Hiser, who created the costumes for “Carousel “and “Rigoletto,” last season, delights with eye-popping fashions for the female leads.

One is Grateful indeed to see and hear such intensely beautiful work inside the gorgeous opera house once again. Do yourself a favor and get tickets.

For tickets call the box office at 303-292-6700 or go online at boxoffice@centralcityopera.org 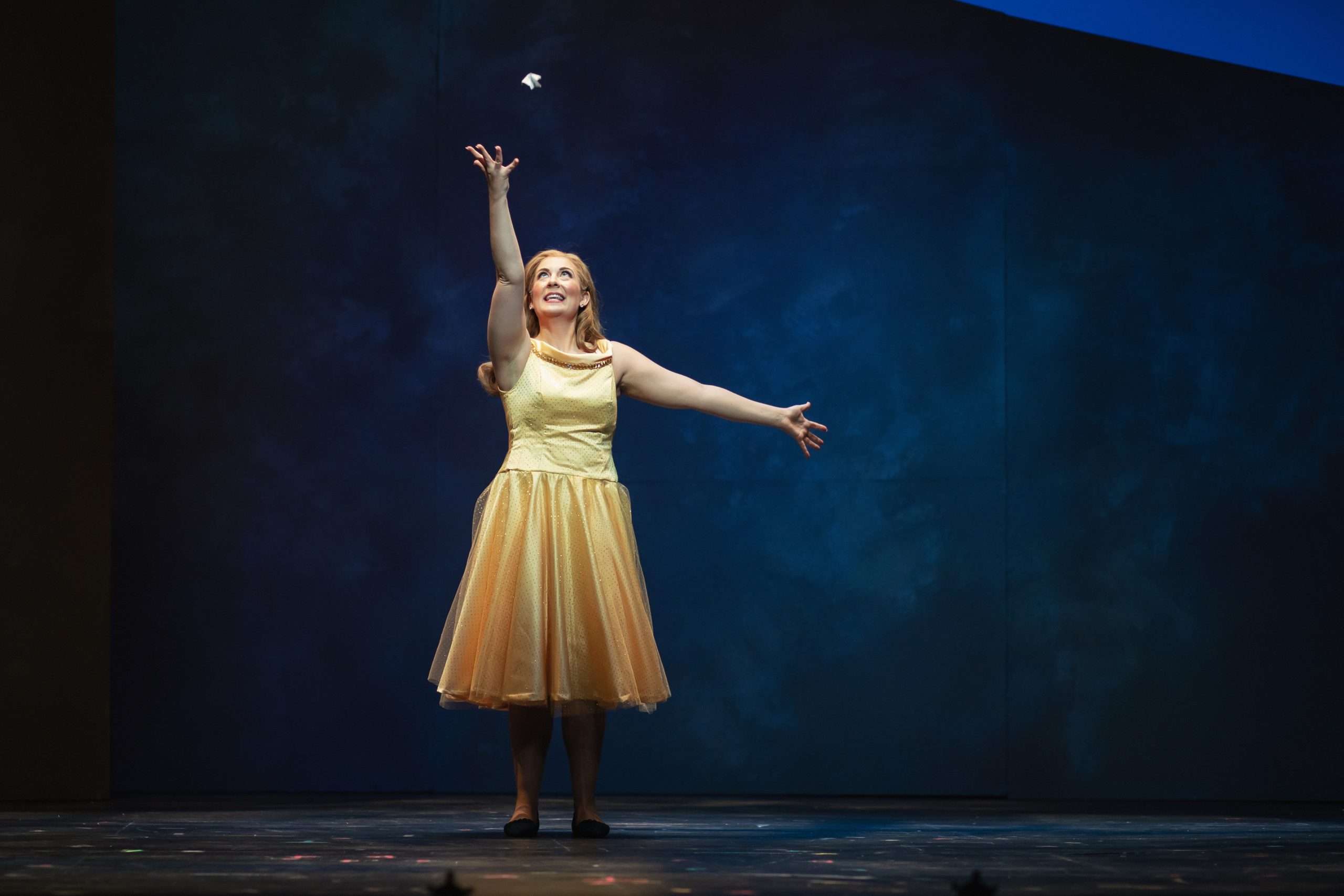