In 1877, the citizens of Central City organized a fundraising drive for a grand new opera house befitting the gold mining town’s reputation as “the richest square mile on earth.” Many of the town’s residents were Welsh and Cornish miners, who brought with them a rich tradition of music from their homeland. Prominent Denver architect Robert S. Roeschlaub provided an elegant, understated design for the stone structure, and San Francisco artist John C. Massman added elaborate trompe l’oeil murals to the interior.

Her early glory years following the 1878 grand opening were short-lived. When the Central City mines were played out, the Opera House fell into disrepair. Fortunately, a volunteer-driven effort led by Ida Kruse McFarlane, Edna Chappell and Anne Evans led to an extensive restoration of the Opera House in 1932. 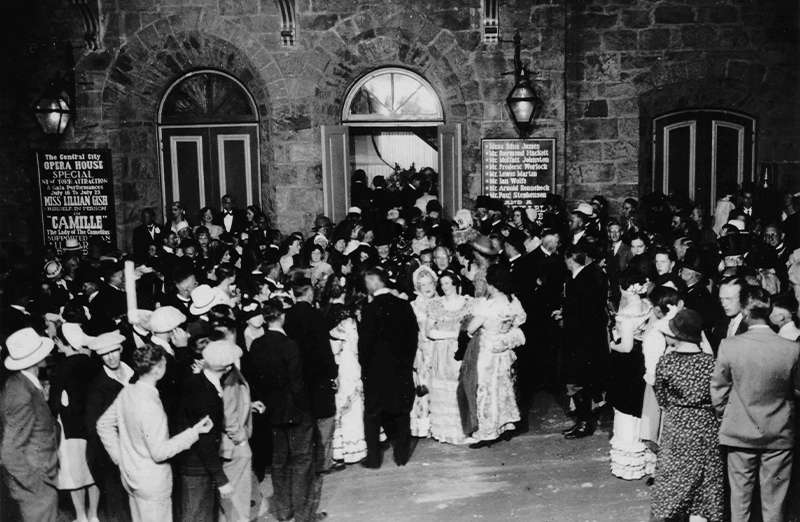 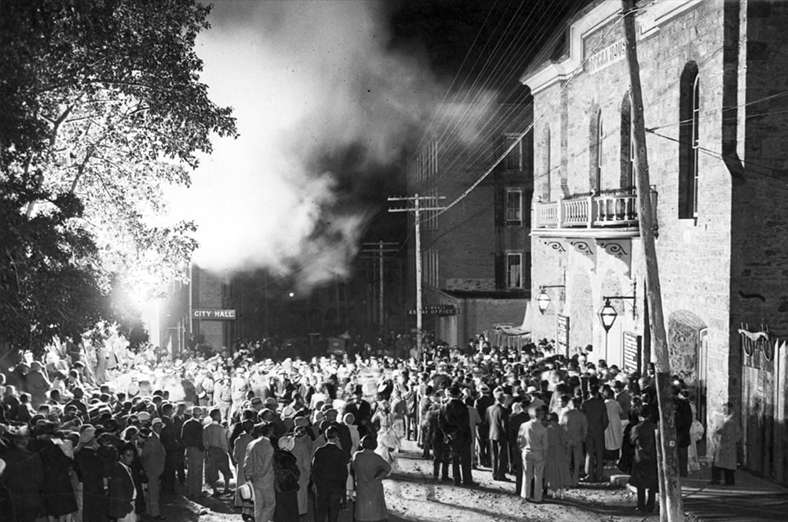 Opening night of CAMILLE at the Central City Opera House, 1932 (photo by The Denver Post)

The grand re-opening of the Opera House, July 16, 1932, had newspaper and magazine journalists nationwide buzzing over Broadway legend Robert Edmond Jones directing and silent film star Lillian Gish in the leading role, not to mention the novelty of the location. The opening night production of Camille sold out quickly, but nearly 5,000 visitors flooded into Central City dressed as pioneers out of the 1870s for the opening festivities. The day’s events and the unlocking of the Opera House door were broadcast on NBC radio. Visitors braved the precarious “Oh My God Road,” a narrow and winding dirt switchback from Idaho Springs to Central City, the only route to the theater from Denver. Following the performance, patrons waltzed at the Opera Ball in the Teller House, and celebrations continued until morning in historic homes dotting the hillside. Another generation’s dreams had come to life on the Central City Opera House stage.

Central City Opera was fortunate to have the famed photographer Laura Gilpin as the official photographer for the company’s first five years. Born in Colorado Springs, Laura Gilpin earned acclaim for her photography across the country and was considered to be one of the great platinum printing photographers.

From portraits to production images, Laura Gilpin beautifully captured the spirit of Central City Opera through her work. Here are a selection of her photographs: