Opera: The Wedding of the Arts. Q&A with John Baril 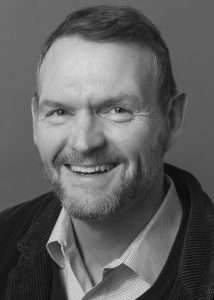 Meet our Music Director, John Baril! Throughout his career, John has led critically acclaimed performances of symphonic and choral music, ballet, opera, operetta, and musical theater. His long list of principal conducting assignments at his 30+ years at CCO have included some of our most important and impactful works such as Billy Budd, Dead Man Walking, West Side Story, Little Women, Three Decembers, and many others. John has worked closely with members of the Bonfils-Stanton Foundation Artists Training Program and has played an important role in the early careers of several young conductors under his guidance with the Associate Conductor position at CCO. This summer, John Baril will conduct Die Fledermaus and will co-conduct Two Remain for our 90th anniversary season.

What do you do in your role at Central City Opera?

I work with the Artistic Director to choose repertoire, singers, directors, and conductors for future seasons and I negotiate contracts with artists’ managers for the selfsame singers, directors, and conductors. I deal with licensing of and royalties as well as acquiring the musical materials for the stage works we produce. I set up all of the details regarding the young artist auditions and am involved in the selection of the young artists for the season. As Music Director, I am in charge of the Festival Orchestra including auditioning and choosing players, and dealing with personnel and musical issues. I also draft the performance schedule for future seasons.

Tell us a bit about your life, education and career before Central City Opera (CCO).

John Moriarty hired me in 1991 as the Production Scheduler beginning in the 1992 summer season, so I’ve been with the company for a bit. Simultaneous to that, I was the Manager of Yale Opera for six years, before my job here became full-time (2000). I had a new title: Music Administrator and Principal Conductor, but that was upgraded to Music Director in 2005.

I was born in Phoenix but grew up in Berlin (my mother was German) and in The Netherlands as part of a military family. We moved back to the States (Vegas, Baby!) when I was nine. My dad always wanted his own land, so he bought 20 acres of sagebrush in rural Nevada where we eventually raised pigs, chickens and turkeys, among other creatures. I learned to drive at age ten; it was a mile-and-a-half to the school bus stop (yes, through snowdrifts, etc.) and then a 25-mile ride to and from school. Automobiles are, for better or worse, still a favorite hobby of mine. 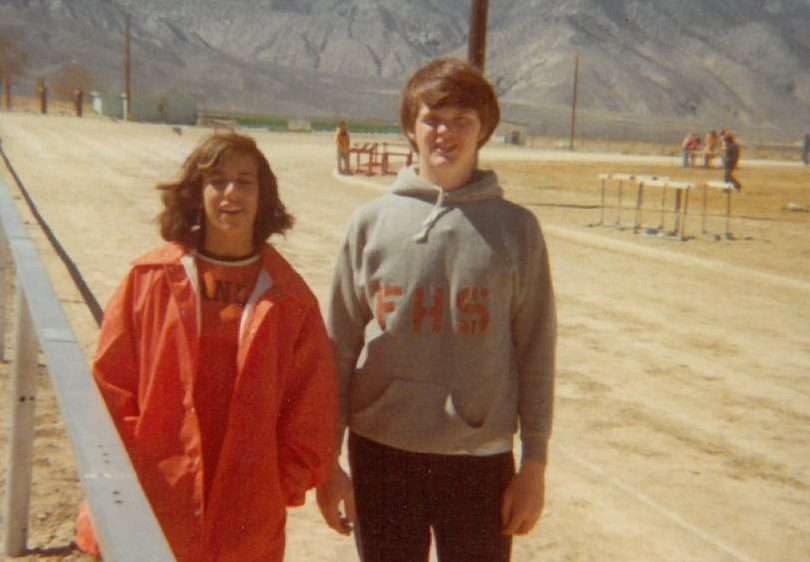 While in college, I worked as a telegram/telegraph operator for Western Union and as a paralegal for a family court judge. I was a hotel clerk at the nation’s first non-smoking residential hotel. I hung out with people named Candy Cotton, Sandy Beach and Shanda Lear (daughter of Bill Lear: Learjet). Later, I worked at San Diego Volvo where I earned the title of top salesman (well, for one month: November 1999).

How did you make your way into the field of opera? Why does the artform appeal to you?

I was awarded a full scholarship (playing tuba) to the University of Nevada-Reno but I quickly switched to voice when I found I could sing more than just Elton John songs. My voice teacher, Ted Puffer, became well-known (he taught Dolora Zajick, and, for a time, her lesson was adjacent to mine), and I became his assistant at Nevada Opera for thirteen years; eventually, at age 26, I conducted him in his last performance onstage as Nemorino in L’ELISIR D’AMORE. I sang many of the comprimario tenor roles and covered leading roles. (I sang Eisenstein in DIE FLEDERMAUS!) I was a nervous Nelly as a singer and more comfortable in the pit and behind the scenes. I conducted MAME starring Toni Tennille (of the Captain and Tennille); she was 6’2” and also sang tenor (!) in a Mozart Requiem I prepared.

The art form appeals because the trained human voice is the most expressive sound on earth. Most instruments try to copy or recreate it. Make-up and wigs and costumes, oh my!

Tell us about your world outside your position at CCO.

In 2007, I lost 70 pounds and started running to keep it off. I joined Runners Edge of the Rockies and ran for 11 years completing 8 marathons, one ultra-marathon and umpteen half-marathons. I’m in it for the long run (see what I did there?) and I don’t quit. Still, I injured my back and decided to switch to Hardstyle Kettlebell Training in order to strengthen my core, and have been practicing that for the past five years. As of 2019, I am certified to teach at the intermediate level.

Although I own hundreds of opera and vocal recordings, I almost never listen to them, except to prepare for or research something specific. I’m a lifelong fan of Elton John’s music, and of ‘70s music in general, as well as a fan of current artists such as Breaking Benjamin, Kensington, Shinedown, Sick Puppies and Theory of a Deadman. Also Cher, Pink, and Brandi Carlile. 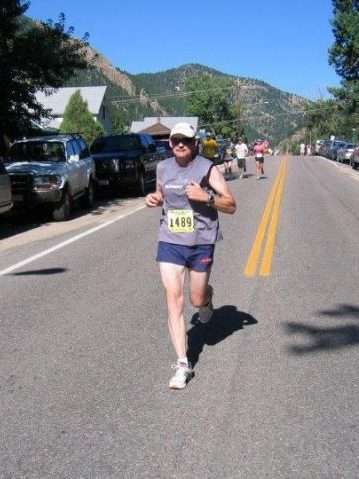 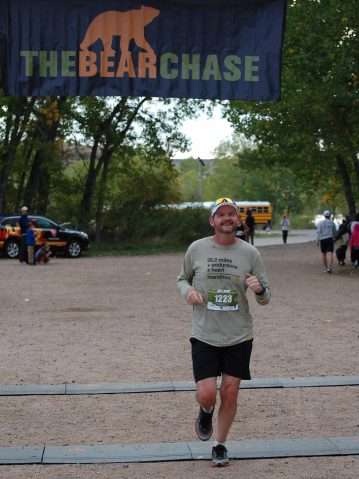 A few years ago, after I found out I was adopted, I found my biological mother and that I had 7 half-siblings of whom I’ve met one. Her name is the same as that of a famous American soprano (Mary Jane Johnson), but my original name is even better: Elvis Wayne Johnson, after Elvis Presley and Wayne Newton. You can’t make this stuff up.

My husband of 29 years, Brian, is a chef, violist, teacher, and massage therapist. We have traveled frequently to Europe and hope to go to Vietnam someday. Our current miniature dachshunds are Lois Lane and Zadie, who, I’d swear, is part cat.

What’s your personal mission statement? Why do you do what you do?

Wagner called opera the “wedding of the arts.” Wedding means collaboration and teamwork. I learned about teamwork from an early age, having played football in high school. I know what it means to have someone’s back and to rely upon others in order to be successful. Opera is the most complicated art form and I endeavor to reciprocate the high level of trust that has been placed in me. It takes a village, indeed.

What does Central City Opera mean to you?

The Festival season is the ultimate expression of and a testament to all of the difficult work I perform during the balance of the year. Performances are, for me, the release of the tensions held up to that point. Central City Opera is an unusual, special place that I fell in love with oh so long ago. 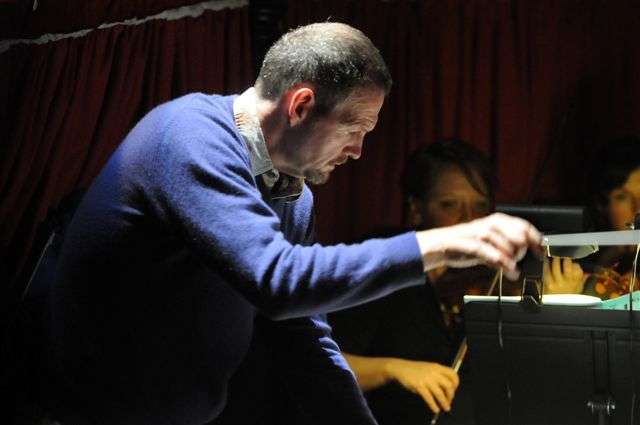 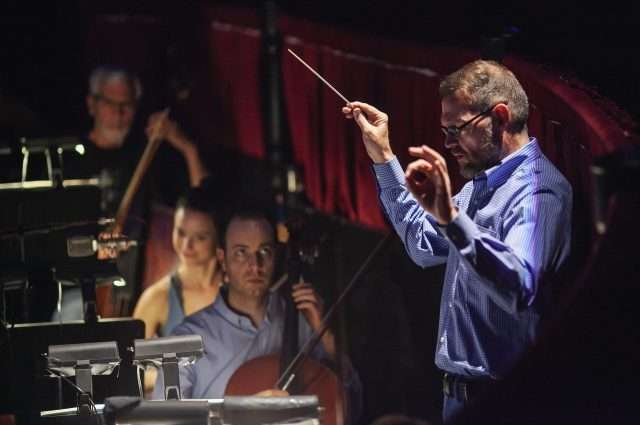