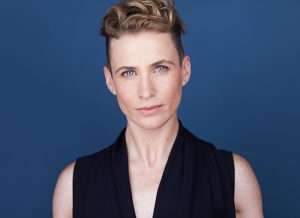 ALISON MORITZ UNDERSTANDS THE IMPORTANCE OF CULTIVATING YOUNG TALENT. After being mesmerized by the opera at age nine in her hometown of St. Louis, Alison knew that the performing arts were where she belonged, but it wasn’t until her 20s that she felt the pull to direct. Since that discovery, she has fully immersed herself in the world of opera: studying the art of direction, teaching the craft, learning from experienced directors and traveling over 40 weeks a year to cities around the country to put her imaginative touch on contemporary and classic pieces, including this year’s main stage production of Madama Butterfly.

“As a young director, you want people to be invested in your development as an artist,” says Alison. “Central City Opera recognizes that I want to contribute, and they’ve continued to offer opportunities for which I’m so grateful.”

In 2017, Alison assisted in the direction of Central City Opera’s main stage production Così fan tutte and directed the one-act performances of Gallantry and Cabildo with trainees from the Bonfils-Stanton Foundation Artists Training Program, which has developed some of opera’s most exciting new talent. Alison appreciates the correlation between her own career trajectory and that of the trainees. “It’s very gratifying to watch young artists progress from a studio level and return to sing in main stage roles,” she says. “There’s training and growth happening in every corner here, whether it’s through internships, the training programs or in my own particular case.”

As Alison continues to expand her innovative repertoire, the 2018-2019 season sees her company debuts at Opera Colorado (La traviata), Lyric Opera of Kansas City (Sarah Kirkland Snider’s Penelope), Ravinia and Experiments in Opera. She returned to Washington National Opera for the world premiere of Taking Up Serpents (composed by Kamala Sankaram, libretto by Jerre Dye) and to New Orleans Opera for a new production of Abduction from the Seraglio. Becoming a featured guest director at so many renowned companies is no small feat in a world where the number of female directors is sparse.

“To see female directors, composers and conductors getting more opportunities, that excites me. I think that our art is better for having more inclusive voices.”

Alison Moritz is a shining example of how the best and brightest in the business have proven themselves through the artistic license provided at Central City Opera and how they’re paving the way for the next generation.