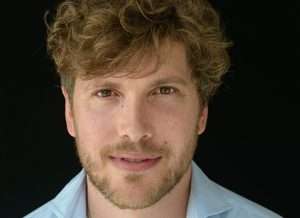 BACK FOR HIS FIFTH PRODUCTION AT CENTRAL CITY OPERA, Alessandro Talevi brings his distinct visual style to the double bill of The Blessed Damozel and Litanies to the Black Virgin. The Johannesburg native has had an eventful year since directing The Magic Flute at Central City Opera last summer, keeping audiences from Rome to Tel Aviv and Philadelphia rapt with his creative work on the stage.

“With Central City, I love the surreal quality to the town. You can focus a lot of detail on the acting, which doesn’t necessarily come across in a big theater, and [General/Artistic Director] Pat Pearce has a good sense of knowing where my imagination gets the best results,” says Alessandro.

Alessandro’s future in the arts was evident at a young age as he built toy theaters and excelled at the piano. His hobbies manifested into a love of stage design as he studied music and art history at the University of the Witwatersrand, but it was at the Royal Academy of Music in London where he discovered his love for opera.

“ALESSANDRO’S FUTURE IN THE ARTS WAS EVIDENT AT A YOUNG AGE AS HE BUILT TOY THEATERS AND EXCELLED AT THE PIANO.”

As he accompanied singers on the piano, Alessandro realized that he belonged behind the scenes at the theater, thriving from the inspiration and impact that comes with being a director. That kicked off a fruitful career that has seen the execution of successful opera productions around the globe, including Amadigi di Gaula (2011), The Turn of the Screw (2012), The Marriage of Figaro (2014) and The Magic Flute (2018) at Central City Opera.

The Blessed Damozel and Litanies to the Black Virgin provide the director with the freedom to experiment with his artistry in Central City — a place where Alessandro feels empowered to place emphasis on detail, nuance and explore dramatic subtleties.

“This is a festival atmosphere,” says Alessandro. “In a sense, every show that’s done here is a little bit of a miracle.”