Back in the Opera House for our 90th Season!

The Light in the Piazza, Die Fledermaus and Two Remain Round Out Central City Opera’s 2022 Summer Festival 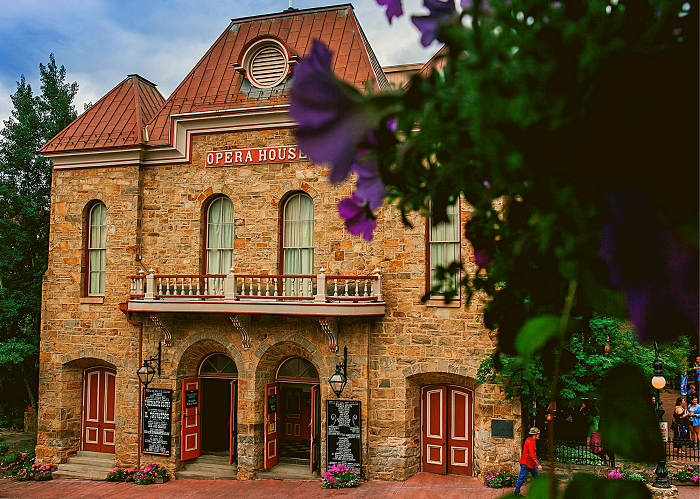 “After a uniquely challenging, but successful, festival season at Hudson Gardens in 2021, we are thrilled to return to our beloved opera house in Central City,” says Pelham “Pat” Pearce, General/Artistic Director at Central City Opera. “We look forward to welcoming audiences home next summer with a mix of newer works and fan favorites.”

A 2005 Broadway premiere by composer Adam Guettel (grandson of Richard Rodgers of Rodgers and Hammerstein), The Light in the Piazza sees strong-willed Southern housewife Margaret Johnson and her charming daughter Clara vacationing in Italy in the summer of 1956. Margaret hopes the magic and memories of Florence will sweep her off her feet, but it’s Clara and earnest inamorato Fabrizio who fall in love at first sight. Torn from their guidebooks, mother and daughter must brave blossoming love, buried secrets and a startling cultural clash to uncover the hopeful new chapters they didn’t know they’d been searching for.

The light comic operetta Die Fledermaus by Johann Strauss Jr. premiered in 1874 and continues to be treasured by audiences today. Gabriel von Eisenstein playfully tosses his friend Doctor Falke out of a carriage en route home from a lavish costume party. Dressed in a ridiculous bat disguise, Falke is now known about town as Doctor Bat, or Die Fledermaus. Later, Eisenstein is attempting to dodge a short jail sentence for yet another overture of mischief. Under the guise of one final night on the town, Falke launches a champagne-soaked prank with the help of Eisenstein’s wife Rosalinde, determined to entertain the evening’s dinner party host Prince Orlofsky.

Two Remain tells the powerful true stories of Holocaust survivors Krystyna Zywulska and Gad Beck. Premiering in 2016 under the title Out of Darkness, the two-act opera was commissioned by Music of Remembrance at Benaroya Hall in Seattle and composed by Jake Heggie. The libretto by Gene Scheer is based on documents and journals found in the U.S. Holocaust Memorial Museum. Central City Opera’s production will be the Colorado regional premiere of this stunning piece.

The Central City Opera festival is a four-week extravaganza of storytelling and powerful voices. Season subscribers can renew their subscriptions throughout the month of October. New subscriptions will be available in January 2022 and single tickets go on sale April 1, 2022. Visit www.centralcityopera.org or call 303-292-6700 to learn more.

Founded in 1932, Central City Opera is the fifth oldest professional opera company in the country and is renowned for its exquisite world-class productions, competitive and robust young artist training program and creative educational and community engagement activities. Its summer festival, only 35 miles west of Denver, takes place at 8,500 feet above sea level in the Colorado mountain town of Central City, where the company owns and maintains 27 Victorian-era properties, including the intimate 550-seat jewel box opera house built in 1878. Learn more at centralcityopera.org. For tickets and festival information, call (303) 292-6700 or email boxoffice@centralcityopera.org.