The McCourt Mansion: A Capitol Hill Landmark with Ties to Baby Doe 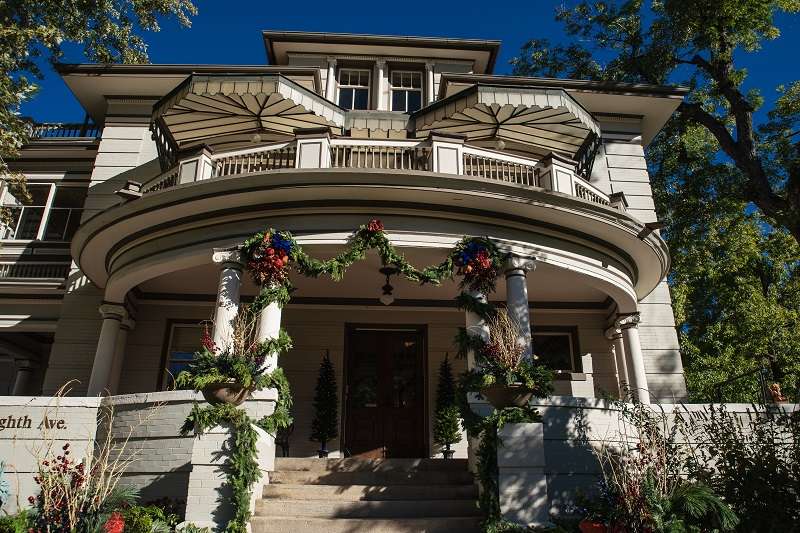 The McCourt Mansion is the featured home in the 2021 L’Esprit de Noël Holiday Home Tour, the Central City Opera Guild’s annual fundraiser. To learn more about L’Esprit, go to lesprithometour.com.

With its unique ties to Colorado theater history, the McCourt Mansion in the Capitol Hill neighborhood of Denver is a key landmark of East 8th Avenue. Aided by its close proximity to the Governor’s Mansion and other notable homes in the area, its grand design reflects the city’s wealthy elite that occupied Capitol Hill in the late 1800s.

Over the next several decades, the landscape of Capitol Hill would densify and change, with low rise apartment buildings constructed next to modest bungalows. As a result, Capitol Hill is one of the more architecturally diverse and colorful neighborhoods in the city.

The McCourt Mansion is an excellent example of the Classical Revival (or Neo-Classical) architectural style, which was a popular style from 1895-1950. Built in 1898, it was one of the earliest developments in that part of Capitol Hill and remains the oldest structure on the block.

The 9,781 square feet, two and a half story home faces south and the dramatic front porch with Ionic columns dominates the front façade of the building. The mansion and carriage house are comprised of brick, stone, and wood. The roof is hipped with boxed eaves and cornice with dentils.

The front entrance features a partially glazed, paneled double door. Double and single hung wood cottage windows with pilasters can be found on all sides of the house. The house is adorned with multiple sets of paired windows and divided light windows made of wood or stained / leaded glass, all with stone sills. The walls are detailed with a belt course and quoins. But it’s the history of the home’s ownership that makes it special to us. 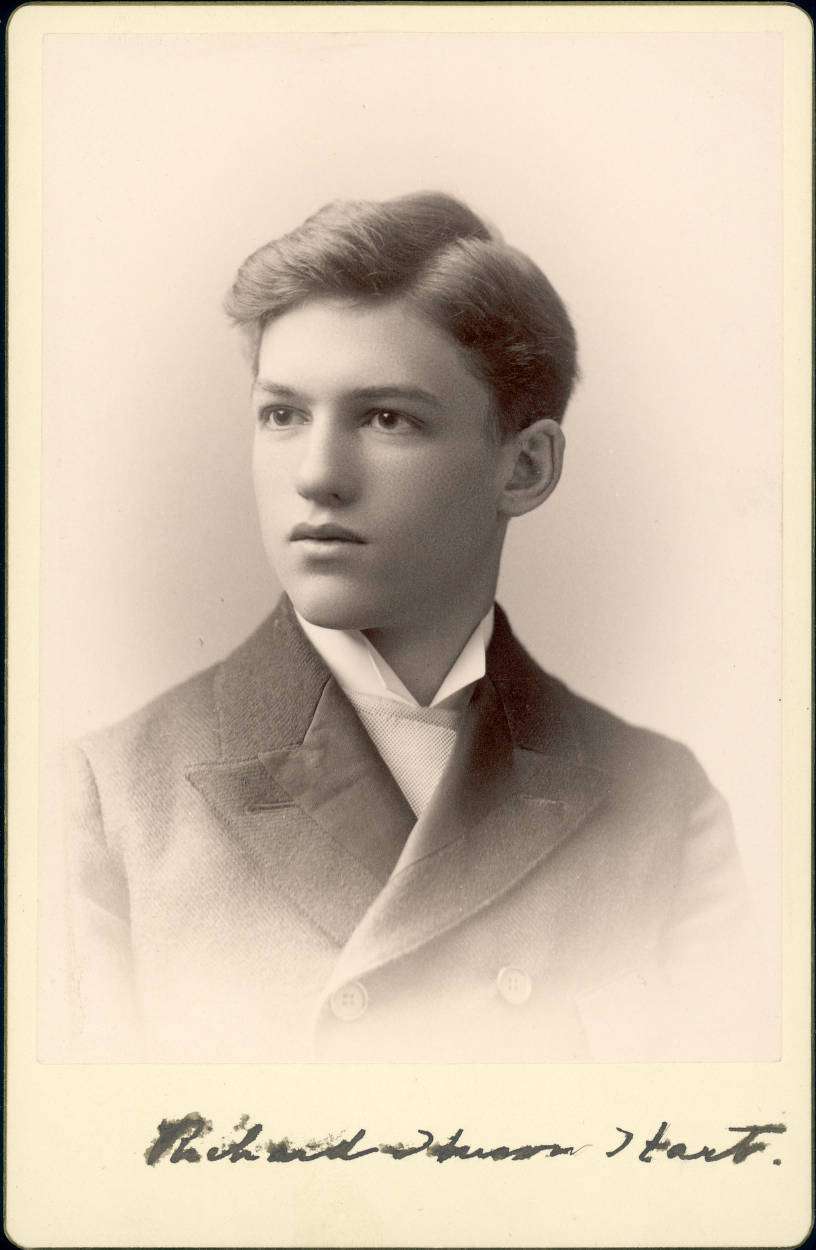 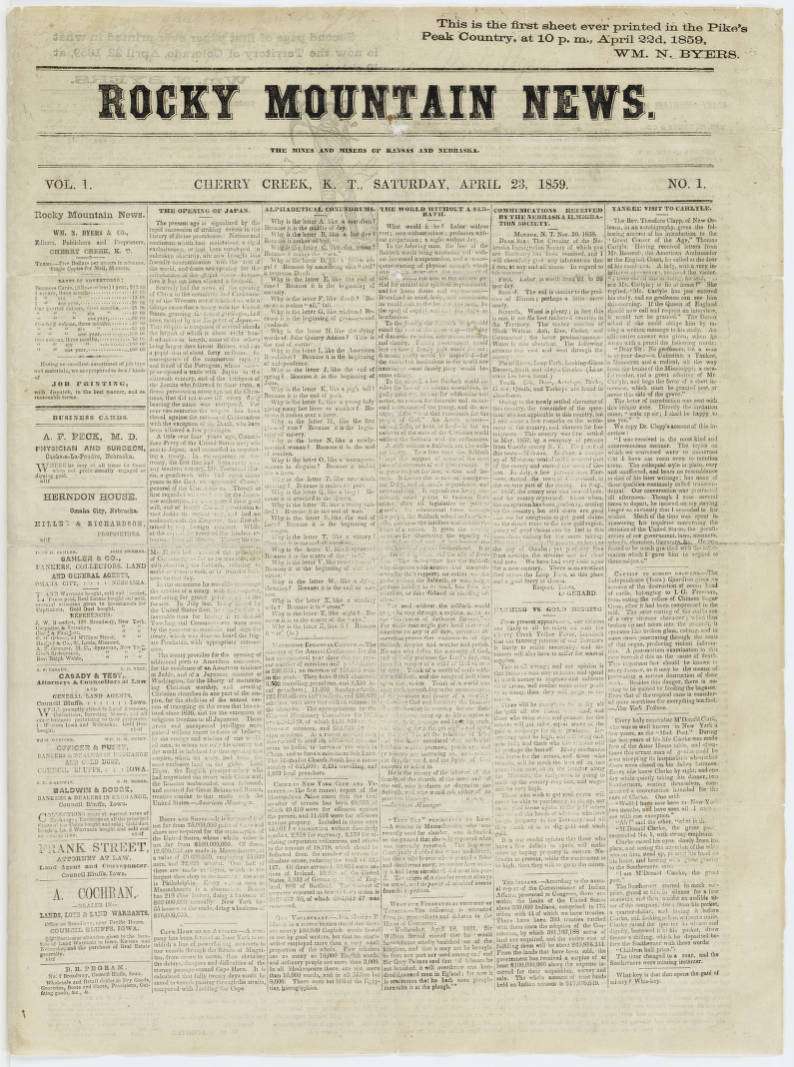 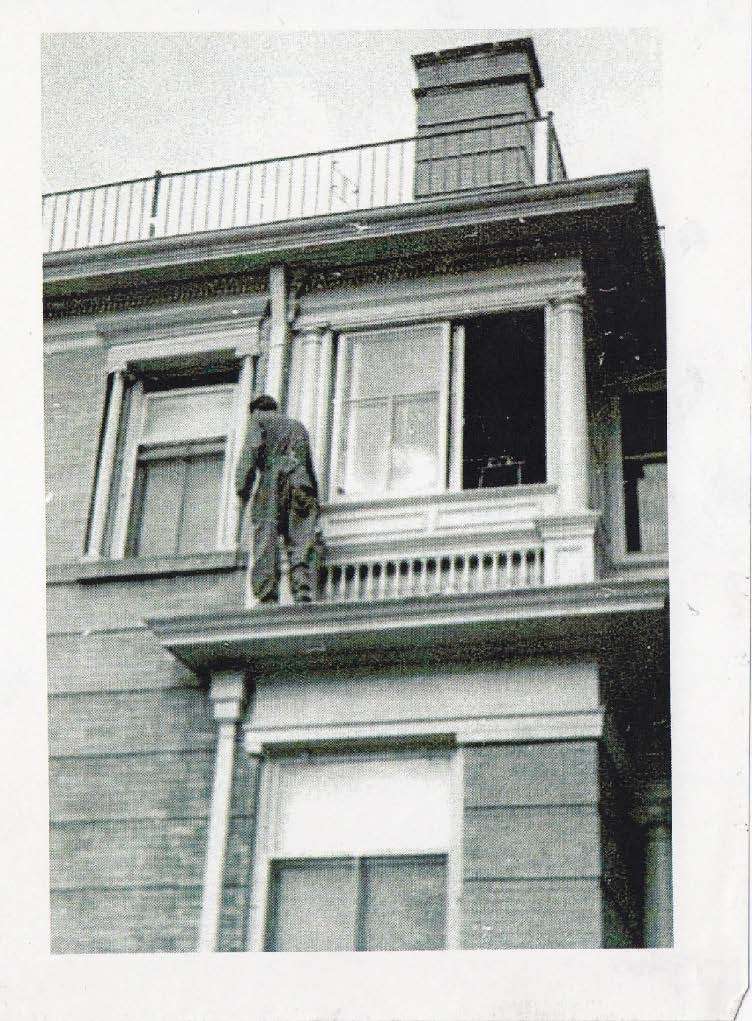 Denver Rocky Mountain News reported in 1897 that four lots had been sold to Richard H. Hart for $9,850 and that “Mr. Hart’s intention is to erect a $20,000 home”. He hired Varian and Sterner, a prominent Denver architectural firm prior to the turn of the twentieth century. The firm’s most famous building is the Denver Athletic Club at 1325 Glenarm, with its Romanesque arches dominating the street front.

During this period, almost all of Denver’s elite class had acquired their wealth from silver mines and related investments. While many of Capitol Hill’s most wealthy families were left penniless after the Silver Panic, this was not the case for the Hart family, who established careers in medicine and law. In 1903 Richard married Elizabeth Jerome, daughter of distinguished Colorado financier John Lathrop Jerome. Elizabeth would later be a key figure in the founding of the Denver Symphony Orchestra.

In 1909, Richard Hart sold the house to Emma Fellows McCourt, an intelligent businesswoman, well-respected socialite, and admired philanthropist. Prior to moving to Denver, she helped her father manage the successful Springfield Wagon Company, owned by the family in Missouri. A few years after the death of her first husband, Emma went to visit her sister in Denver in spring of 1895 where she met Peter McCourt. They married the following June. 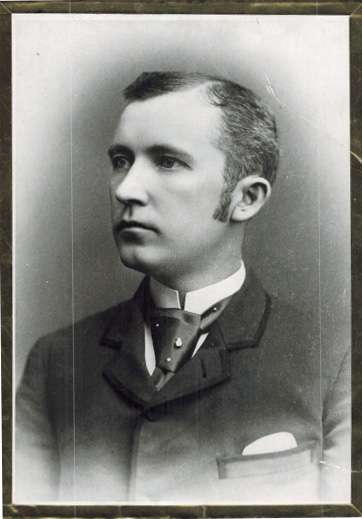 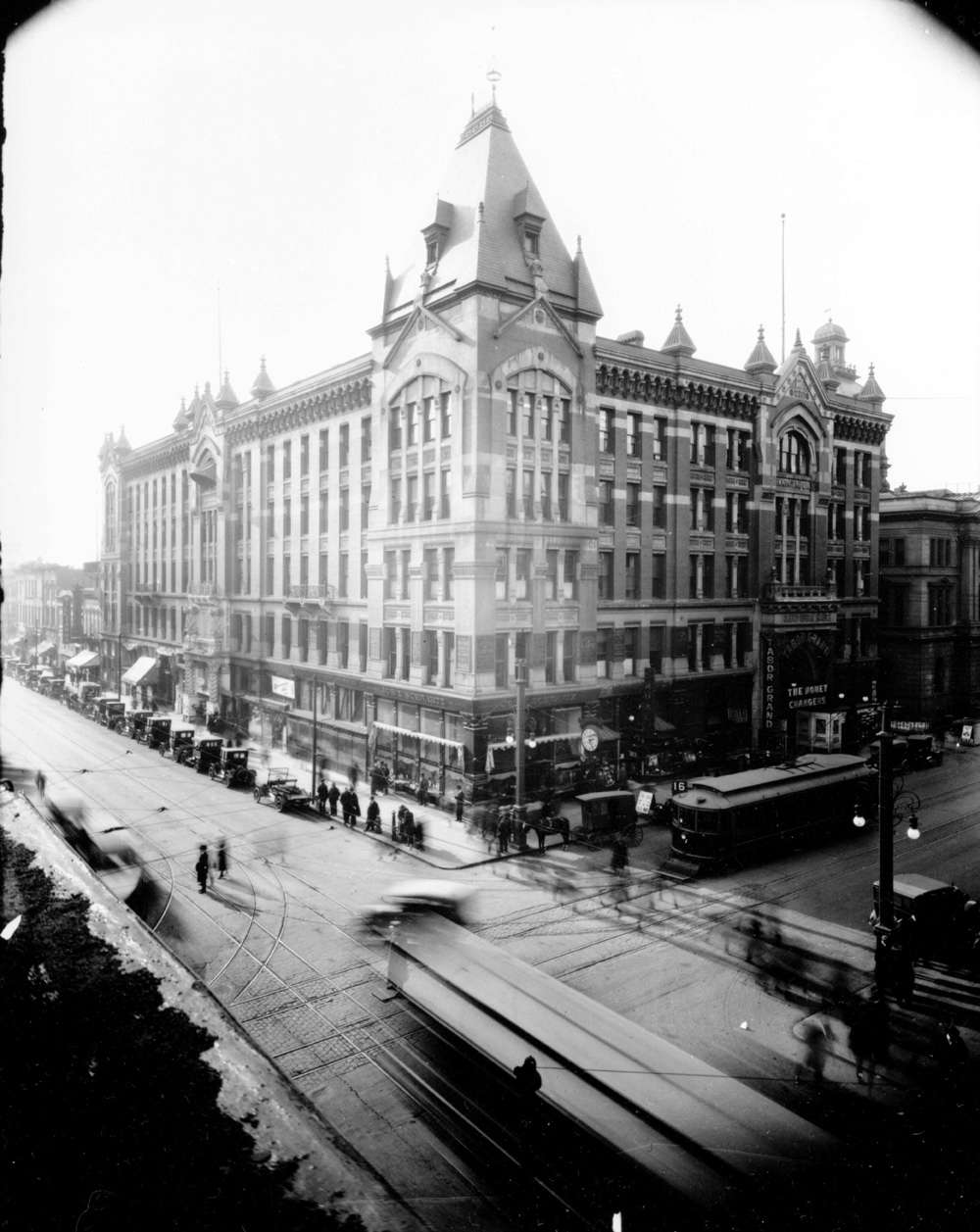 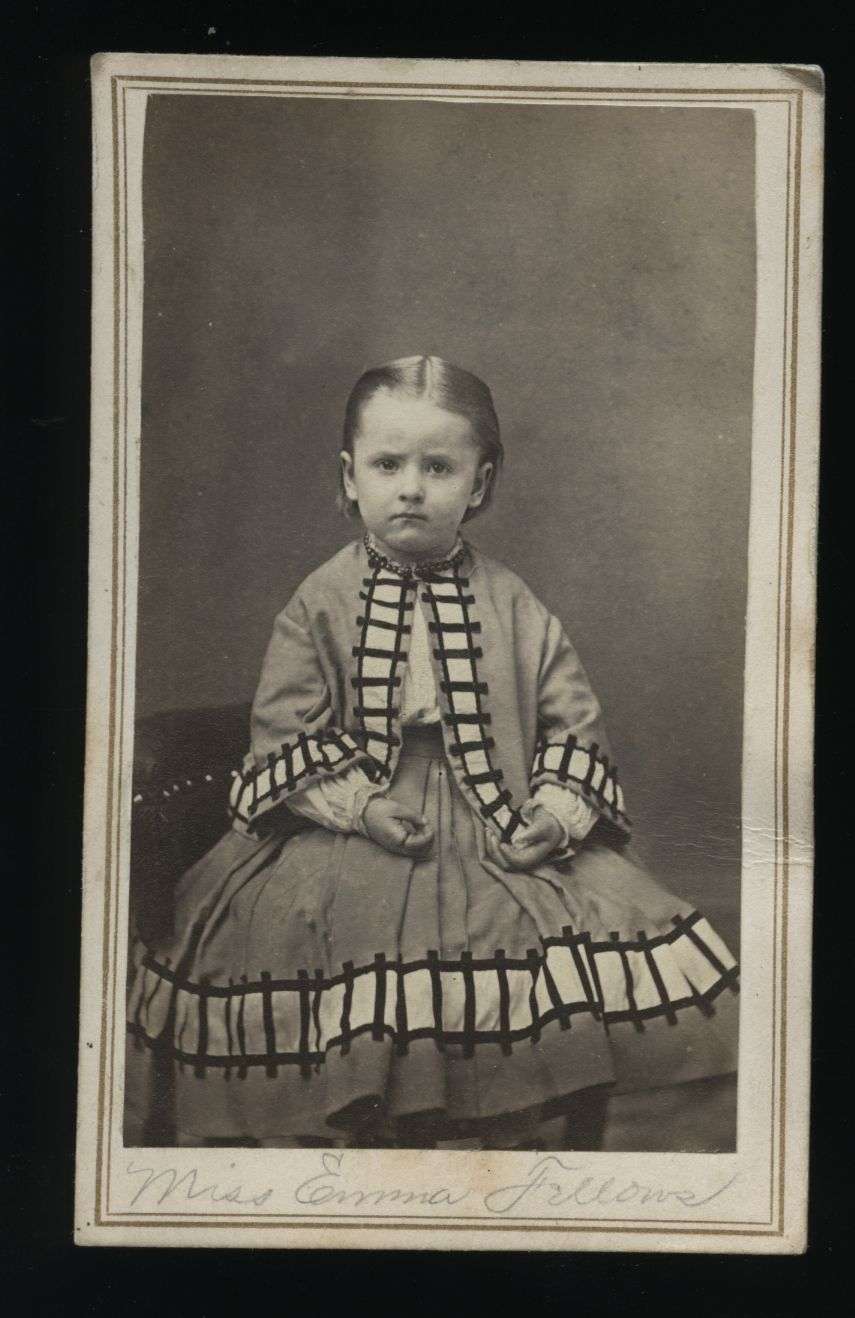 Emma Fellows as a child

From his employment as the assistant manager of the Tabor Grand Opera House in 1883 until his death in 1929, Peter McCourt was the leading theater manager in Denver. A Denver Post article from 1929 stated, “Mr. McCourt’s life, more than any other man, was written into the theatrical history of Denver.”

Emma helped Peter with his work and was known to travel to New York to book acts. The article reported that she was “the one woman in America who entered the conferences and made demands of the theatrical powers residing on Broadway, New York.” Emma’s parties were the rage of Denver society until her death in 1912 from pneumonia caused by a severe cold.

Peter McCourt was also the younger brother of Elizabeth Bonduel McCourt, more famously known as “Baby Doe Tabor,” the second wife of the “Silver King,” Horace Tabor. Horace and Baby Doe are famously known for their incredible story of love, fortune, fame, and loss. Their story is one of the most scandalous in Colorado history; one that would inspire a Warner Brothers film in 1932, several books, a play, and two operas (1956 and 1958), including Central City Opera’s The Ballad of Baby Doe. 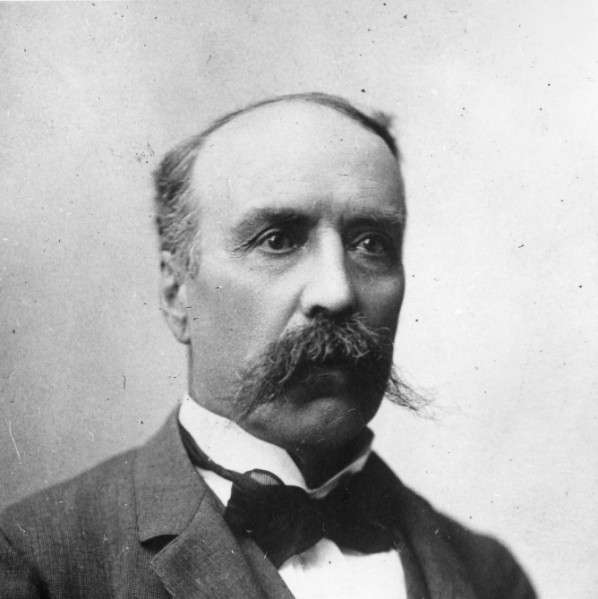 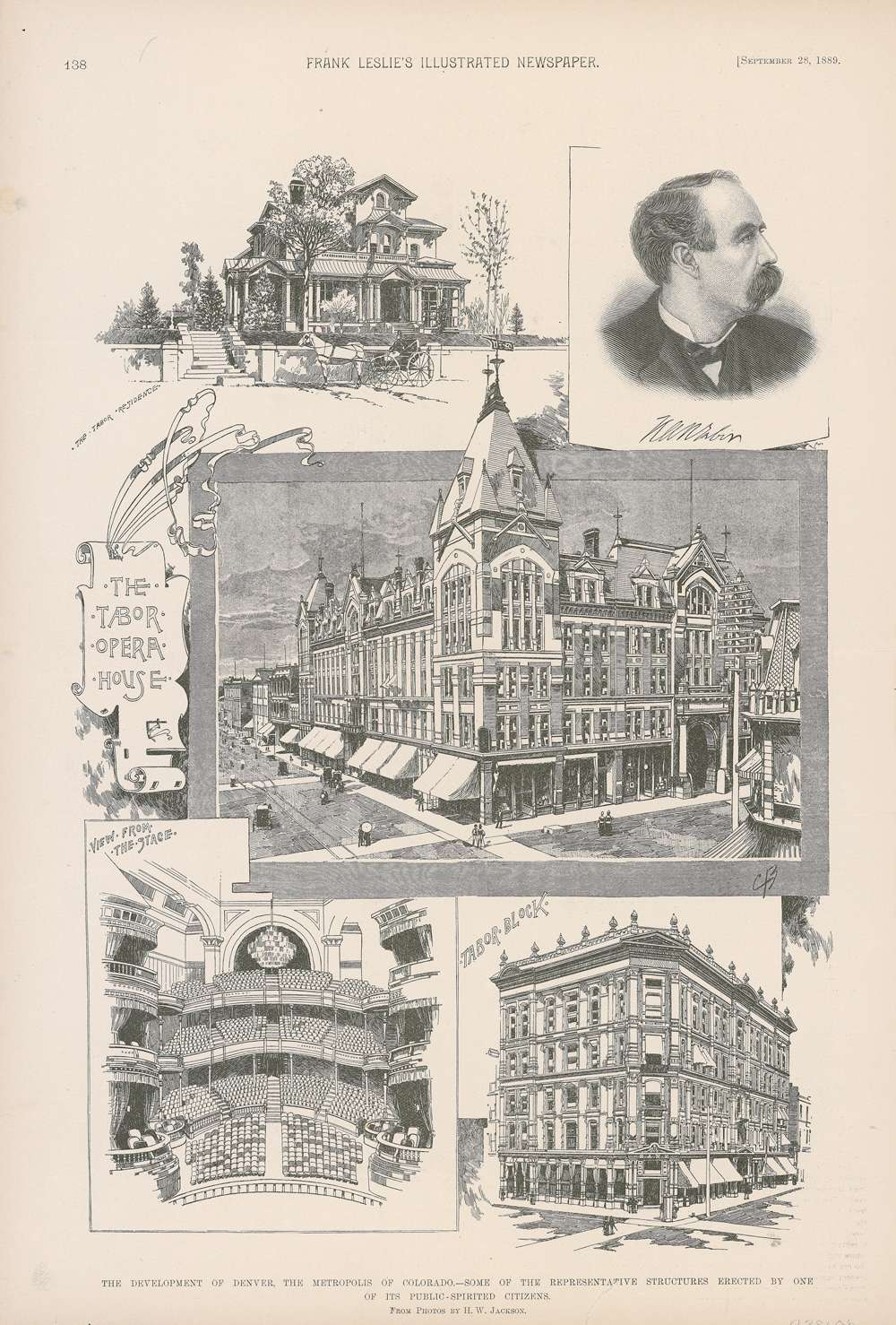 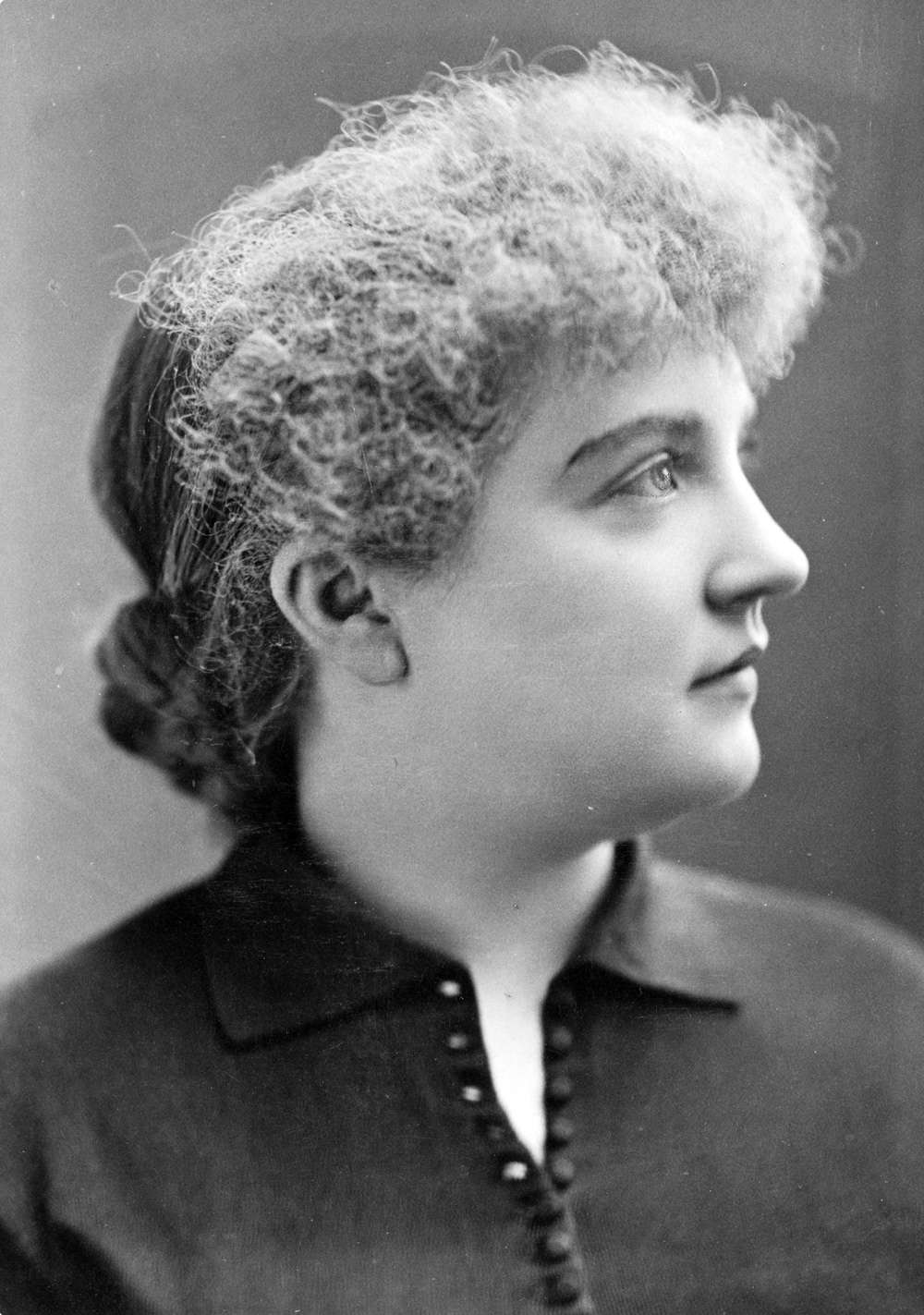 In 1915, Peter McCourt sold home to Francis William Keeler. He, his wife and 4 children lived at the property until 1922 when the house was sold to the Monaghan family, who would own the home until 1945.

In the decades following World War II, the residential landscape of the Capitol Hill and Cheesman Park area continued to change. In 1948, the home became a guest home and offered single rooms for rent. This was not uncommon for old mansions and large homes in the area. By 1952 it was known as the Matchless Guest House, perhaps in a nod to the tenuous Tabor connection. Around 1963, it operated as the Sam Houston House where it continued as a boarding house until 1980. 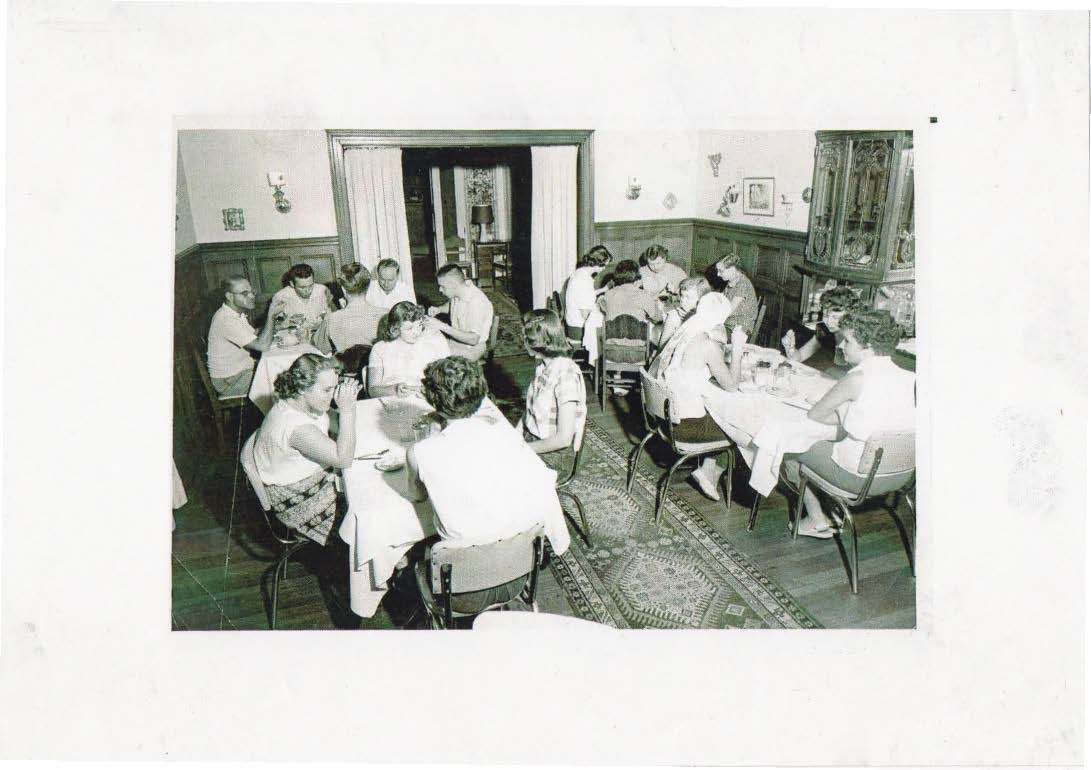 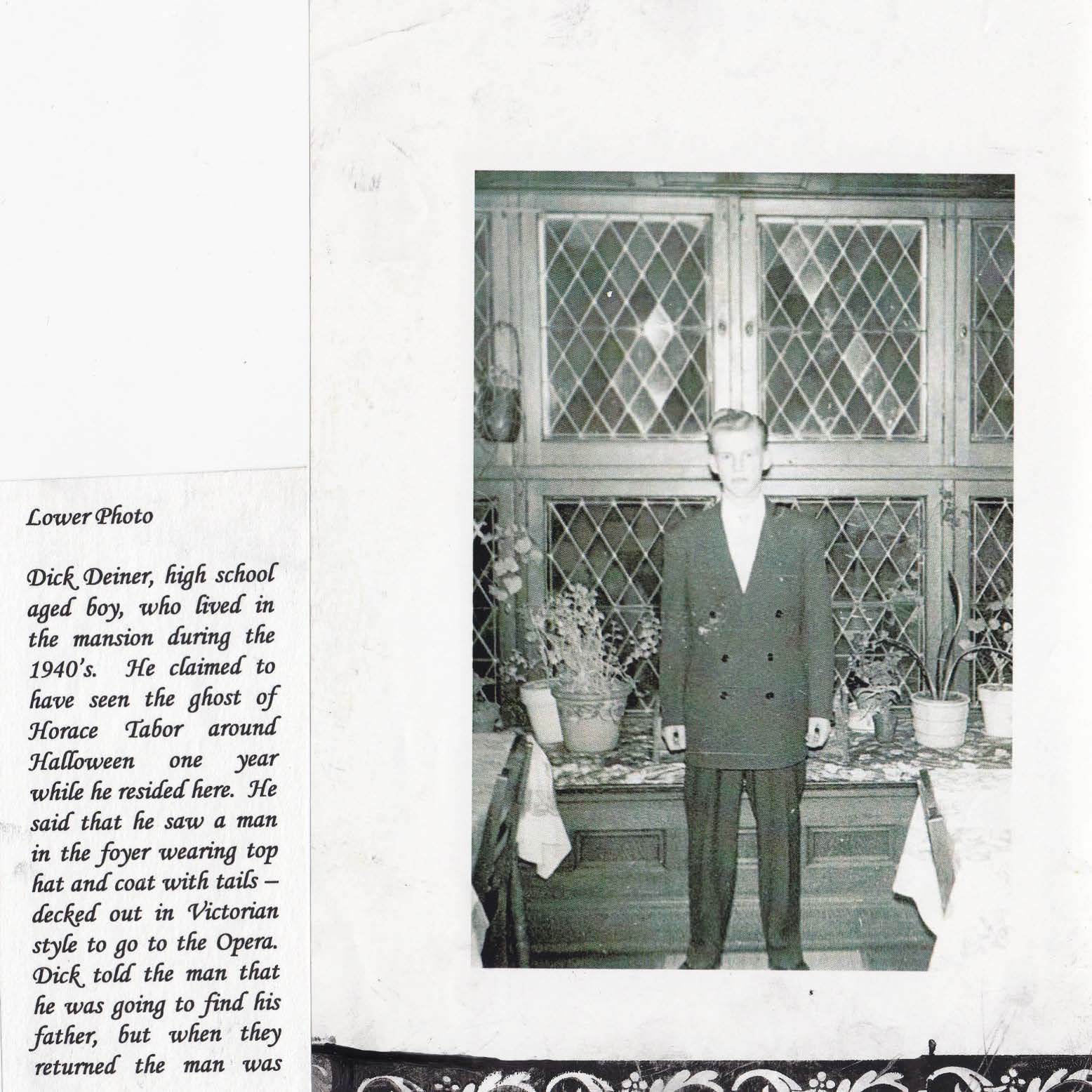 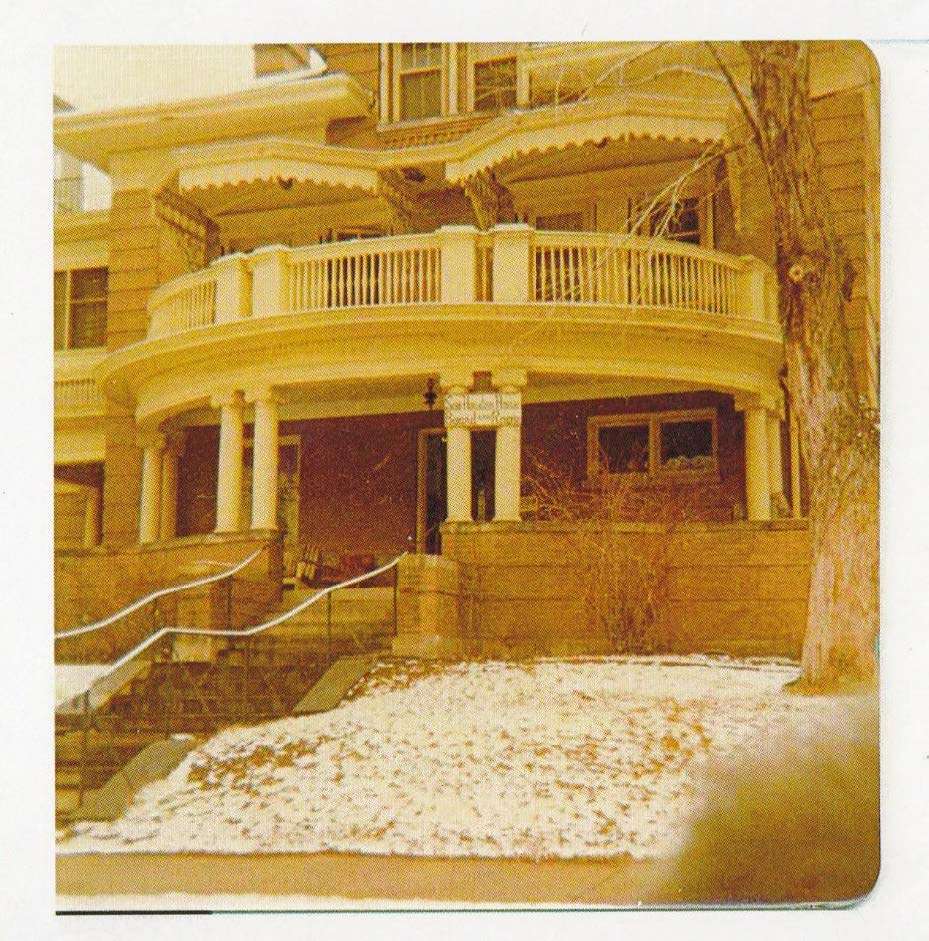 McCourt Mansion in the 1950s

After its time as a boarding house, the mansion was converted to commercial space and used by a variety of businesses throughout the years. Its current owner, a longtime Central City Opera Guild member, purchased the home in 2015 and has been restoring it back into the single family home.

For more information about this year’s tour and to view images of tours past, visit www.lesprithometour.com and www.centralcityopera.org/lesprit