The Voice Your Dreams campaign is the largest fundraising effort in the history of Central City Opera. Please join us in building the most inspiring chapter in CCO’s celebrated story. Read on to learn why Colorado’s community leaders and supporters of the performing arts have committed to the endowment fund.

Join these donors who have already committed toward this monumental campaign!

General/Artistic Director of over 24 years Pelham (Pat) G. Pearce, Jr. sees his work at Central City Opera (CCO) as his outlet “to produce things that will be part of the company’s legacy.”

Pat is known for putting Central City Opera back on the map in 2001 with the North American premiere of Benjamin Britten’s Gloriana. Pat’s artistic leadership is marked by his ambition to produce every work in the composer’s canon. Ever a proponent of balance, Pat notes, “As a modern opera company, it’s important to be avant-garde, but you also have to balance a season with blockbusters like Madama Butterfly to be successful.”

The fifth oldest opera company in the United States, CCO is much more than a standard performing arts organization. It is comprised of four pillars: the Summer Festival, historic preservation, the Bonfils-Stanton Foundation Artists Training Program, and year-round education programming for students and community members.

“A donor may not be an operaphile, but they may love that Central City Opera is the largest private holder of historic buildings in the state of Colorado,” says Pat. “Or perhaps you care about arts in schools. The company introduces music to 42,000 students and community members annually.”

“The City of Central is also at a key point in its history. CCO is working with local leadership to expand the arts and culture offerings in the mountain town,” Pat says, “If you want to be a part of the history of this great state, give to Central City Opera today!” 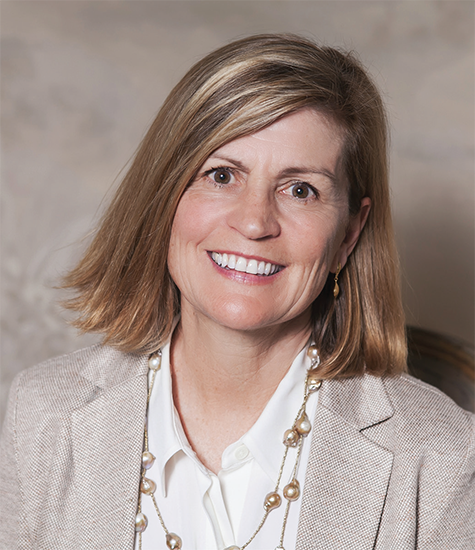 Anne McGonagle’s love of music started with childhood road trips. She and her parents would sing from New York all the way to their family cabin in Vermont. Anne went on to study music at Dartmouth. After graduating, she and her husband Tom became Metropolitan Opera regulars when they were newlyweds living in New York City.

When Anne and her family moved to Denver in 2003, a friend asked her to help with the Central City Opera (CCO) Guild’s Antique Show. Tom’s sisters had been Flower Girl debutantes at the CCO Yellow Rose Ball, and his family connections in Central City reach back to the 1880s, when his great-great-uncle was the city’s mayor. Impassioned by the musical and family connections, Anne volunteered with the Guild for many years and became president 2011-2012.

She worked hard to move the organization into the future while still respecting the company’s roots in history and tradition. In 2013, Anne joined the Central City Opera Board and driven by her innovative thinking and intimate knowledge of music, she became Chair of the Endowment Campaign Committee and is now CCO’s Co-Chair of the Board.

When Judy and Newell Grant returned to Denver from New York City in the 1970s, they headed straight to Central City to see an opera. “It was a good introduction back to Colorado,” Judy said, “I would rather watch opera at Central City Opera (CCO), with its intimate setting, than at the Metropolitan Opera.” Judy was CCO’s Chairman of the Board when she tragically passed away in June, 2020. She is missed immensely throughout the arts community and beyond, in her beloved Colorado and with her many other favorite organizations throughout the country.

Newell’s sisters were Flower Girl debutantes at the Central City Opera Yellow Rose Ball when they were teens. “Still today, the program introduces opera to young people,” says Newell. CCO runs deep in the Grants’ family history, but it’s the company’s work today that excites them most.

Judy graciously guided Central City Opera into its current strong and stable position, with the redevelopment of Central City on the horizon and Central City Opera’s continued dedication to world-class productions, historic preservation, emerging artist training, and year-round education programming. Newell agreed with Judy’s enthusiasm for CCO: “How do you decide what to support when there are so many options? We have supported CCO because it is local, because it needs our support, because of its responsible and attentive management — and because it is uniquely Colorado!” 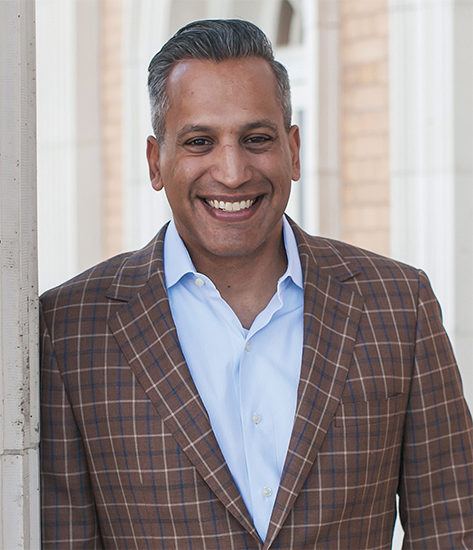 When Central City Opera (CCO) Board President Roopesh Aggarwal moved to Colorado, he did not have any local community connections. He had no family in the area and hadn’t attended a local university. Like many young professionals, Roopesh set out to define his own Colorado experience, seeking communities in line with his ambition and values.

Roopesh happened upon Central City Opera at a board fair. “It is a world class product with deep roots in Denver history.” Roopesh jumped at the chance to get involved and quickly moved into positions of influence within the company.

A prominent leader in the business community, Roopesh found an opportunity to creatively flex his professional acumen with Central City Opera. His strategic business savvy has proven an incredible asset in CCO’s innovative initiatives, including Endowment Campaign fundraising and plans for the redevelopment of Central City.

“Helping Central City Opera has been remarkably fulfilling,” Roopesh says. “This organization has given me balance.” He encourages everyone to attend a performance, “It is one of a handful of organizations that make Denver unique.” 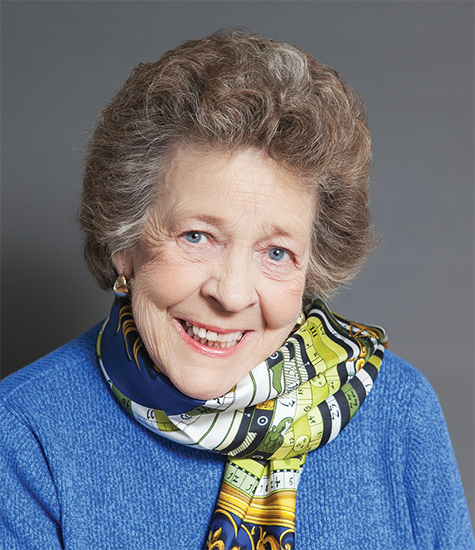 When Nancy Brittain turned 40, she found herself divorced, raising two kids, and in need of a job when she’d never worked a day in her life. A friend suggested she try her hand working in the development field, as she had fundraised for her favorite nonprofits throughout her life. Over time, Nancy converted her avid volunteerism into a career, working with the Denver Botanic Gardens and Sewall Child Development Center, before landing the position of Director of Development at Central City Opera (CCO).

Following her tenure as Director of Development, Nancy continued her work with Central City Opera as a volunteer. For the last 11 years, Nancy has served on the board and continues to be an advocate for CCO in the community. “Central City Opera is a complex organization that is good for businesses [and] good for entertainment,” Nancy says. She also points out the organization’s importance in Denver arts and culture, “Central City Opera was one of the founding organizations of the Scientific and Cultural Facilities District (SCFD) in the 1980s. It helped the arts to find a bigger piece of the Denver pie.”

Nancy contributed to the Endowment Campaign because she wants to ensure Central City Opera can continue to meet the needs of a growing and diversifying Colorado and its thriving arts scene. “It is opera combined with living history,” says Nancy, “The Opera House was built by everyday people who wanted a place to sing.” It is the people who, like the miners, advocate for singing and for community that keep Nancy coming back every summer.

Nancy found her voice at Central City Opera and encourages everyone to join her and find theirs as well! Central City Opera is part of the past that you can experience today through entertainment. It is opera combined with living history.” 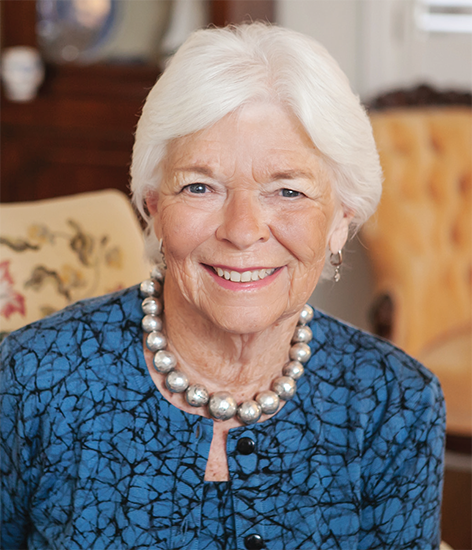 A Story of Growth: Nancy Parker

Nancy had recently relocated to Colorado from her lifelong home in Nebraska when a friend, the Central City Opera Guild President at the time, invited her to help with the annual Planting Day in the Central City Opera House gardens. Remembering the historic Colorado town from childhood vacations with her family, Nancy happily got to work.

Central City Opera piqued Nancy’s interest with its unique Colorado identity and commitment to historic preservation. Her involvement with the company grew steadily over the years, culminating in a 34 year tenure as Chairman of the Board.

Every June to this day, Nancy and many other volunteers bring the Opera House gardens to life, a beautiful Colorado setting for both patrons and artists to enjoy when they visit the Opera House. Over the decades, Nancy has supported CCO through many a challenge and many a success, making it possible for the company to grow and blossom. 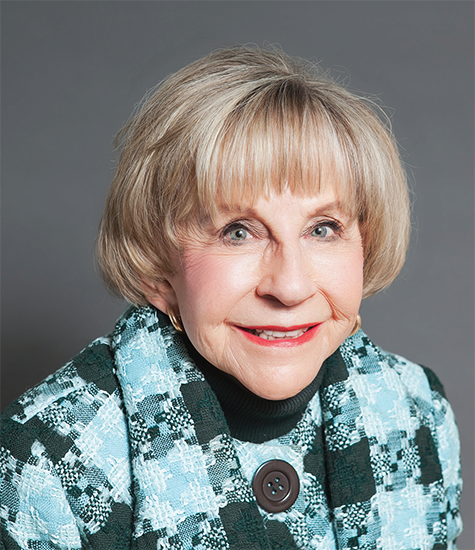 Barbara first developed a taste for opera when she was asked to chair the Metropolitan Opera local committee in the 1960s as a part of her work with the Junior League. The amazing people involved with the cause sparked her interest, and from the moment she learned to pronounce the word “aria” — she was hooked on opera.

Shortly thereafter, she chaired Central City Opera’s (CCO) summer fashion show fundraiser and was invited to be the founding President of the Central City Opera Guild. “I said yes because I knew that Colorado’s culture was born in Central City,” says Barbara. “Gold and dynamite were key components of the boom that led to the development of the city and the building of the Opera House in 1878.”

Barbara continues supporting the Guild through her Endowment gift because she believes it is the backbone of the organization. “Forming the Guild was the single most important contribution that has been made to Central City Opera since its beginning.” —CCO Chairman Emeritus Atwill Gilman, son-in-law of Temple Buell, The Denver Post (1987).

In addition to her tireless work with the Guild and her financial gifts, Barbara’s support radiates through her continued attendance. Barbara can be found in the Opera House every summer and has attended every production for 45 years. 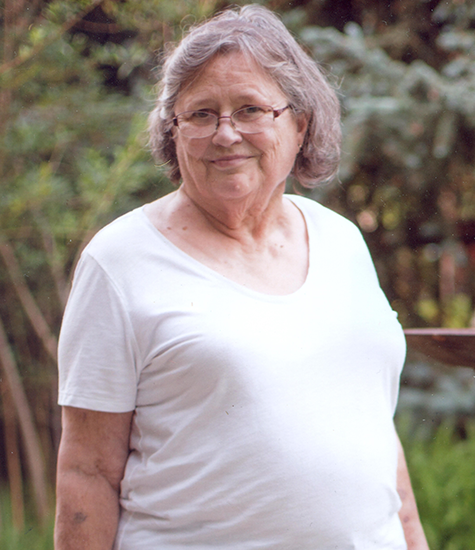 Leave a Legacy: Jane A. Hultin

We at Central City Opera knew Jane as an optimistic, hard-working volunteer of 15 years. When she came into the office, it was next to impossible to stop chatting and laughing with her over the filing cabinets. Jane loved bringing new people, young and old, to the opera each summer. We’re proud that, according to her family, Jane’s love for opera began right here at Central City Opera shortly after she first moved to Colorado in the ‘70s. Those who knew Jane remember her for her five passions: traveling the world, her master gardening prowess, her sweet dogs, her friends, and of course, opera.

In addition to volunteering at Central City Opera right up until 2020, Jane gave moderately and consistently for many years. But by naming us in her will, she made an enormous and lasting difference for our company. Jane’s estate is now the second largest contribution to our endowment campaign, which will ensure that Central City Opera is able to endure long into the future. Thank you, Jane; we will always cherish you!